Someone who actually grew up in rent controlled housing here, comes to Santa Monica City Council as a Renter, a Mom and a Business Owner 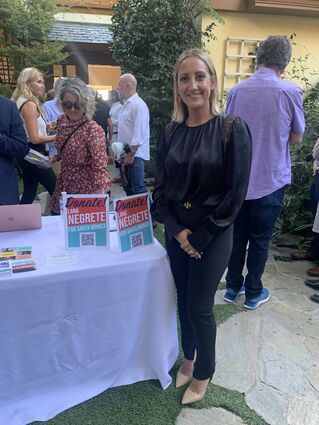 October 12, 2022 - Lana Negrete was appointed to the Sant Monica City Council in June 2021 to replace longtime councilmember Kevin McKeown who had resigned. She is now running for a place on the council in her own right.

Why are you running for Santa Monica City Council?

"To continue the work I started!" Negrete immediately answered. When she was appointed a year ago, "I told myself if I can effect change, I will get on the council and work for change."

What are your priorities in your present and future work on the council?

"Public safety, homelessness, and economic recovery." Negrete led the task force to address the illegal vending and crime on the Santa Monica Pier. "That turned into the DART team, which is mitigating crime up and down the beach," Negrete said. She is now working to stem the crime and drug use in Reed Park. Negrete told us that she brought to the attention of council a needle exchange program run by the county that was going on at Reed. "The council was not aware," Negrete said. Although she does not deny the theory behind "harmless reduction" in drug use, she doesn't believe a needle exchange program belongs across the street from a school and a church. She also believes the program is attracting drug addicts to Reed Park from other places.

Negrete is horrified by a story told by her friend, whose four-year-old daughter, while the adults weren't watching, went around the park and filled her fanny pack with discarded needles she'd found on the ground. Negrete has also heard of kids accidentally stepping on the used needles.

"I'm open to tying in a program in an appropriate place, one that's done effectively," Negrete said. Reed Park is not that place. "I'd rather have a van come from County mental health services" to address the addiction and mental health problems of the folks who hang out at the park.

What do you think should be done to solve the homeless problem?

Negrete said many of the truly homeless are unseen: they're sleeping in their cars or couch surfing. The rest are "a substance abuse problem and a mental health problem." She claimed that "seventy-five percent of the people we see are not from California." The situation is not that they had been living here for the past ten years and recently lost their jobs. Instead, cities outside California "send their homeless on buses because we are service rich." But Santa Monica does not actually have the services to deal with the mental health crisis playing out on our streets. "We do not have mental health beds," Negrete pointed out. She figures we need at least 100 to service the people currently living on the streets of Santa Monica. Negrete thinks that the shelters in Santa Monica are not properly equipped to deal with the dangerously mentally ill, which means that some homeless people are afraid to use them for fear of those they might encounter there.

Of one thing Negrete is certain: "Trying to build our way out of this will not work." With a brother and an uncle who have been addicts, she knows that "giving him keys to an apartment is not going to save him." She does not believe even adding optional outpatient services to housing for homeless addicts is enough but could, in fact, exacerbate the problem. Addicts like her brother "need to be in a facility where he's watched."

What about affordable housing? Will that help?

"Housing will not solve the problem we see on the street," Negrete stated. Having grown up in rent-controlled apartments in Santa Monica, she believes that is the natural and most efficient way to keep housing affordable rather than building thousands of new units.

Negrete is also concerned about the environmental and infrastructure impact of the proposed affordable housing units. "What about the cost to our water...the impacts on our environment and the air we breathe?" She would rather see older buildings owned by mom-and-pop landlords get rehabilitated or a residential conversion of unused office space.

Negrete thinks is laughable that "the same group of people who want compostable toilets at our city hall," at a cost of $1,528 per square foot, want to discuss anything "affordable" at all. 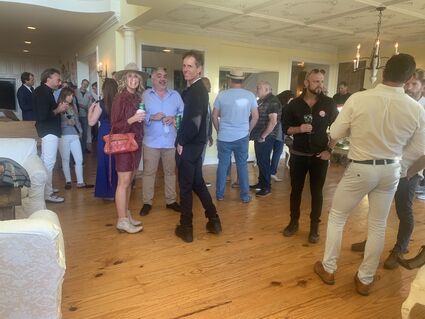 Is it true you're against rent control?

"I don't want to end rent control," Negrete stated emphatically. "I'm the only candidate who grew up in a rent-controlled building." Her father is still living in the same rent-controlled unit in which she grew up.

Her concern is that city policies are edging out the small landlords and the renters who depend on them.

Negrete also wants to give residents a chance to own a residence in the city where they live. "Give them a stake in the community."

What final words do you have for our readers?

"I want to be a voice for the residents." Negrete says she is fighting for a cleaner and safer Santa Monica.

She's not the only candidate who grew up in a rent-controlled unit. Samantha Mota did too.