"The injured male walked away out of sight. SMPD personnel checked the area and local hospitals, however the injured person was not located" 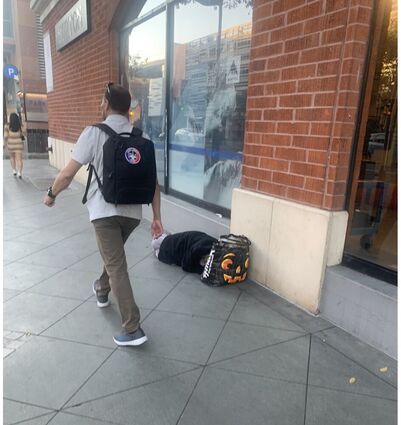 10/24/22: The SMPD responded to a call of a person stabbed near the Santa Monica Pier on Tuesday night. However, the victim refused police assistance. Police also found a second stabbed homeless man who was similarly uncooperative, behind the Ken Edwards center.

The incident occurred at about 9:30 PM, wrote Lt. Rudy Flores. “SMPD Officers responded to a call of a possible stabbing that occurred in the area of Ocean Ave. and Colorado Blvd.”

“Officers made contact with the Reporting Party / Witness who explained an unknown male approached him and asked for directions to the nearest hospital. The witness noticed the male had what appeared to be a stab wound to his stomach. “ 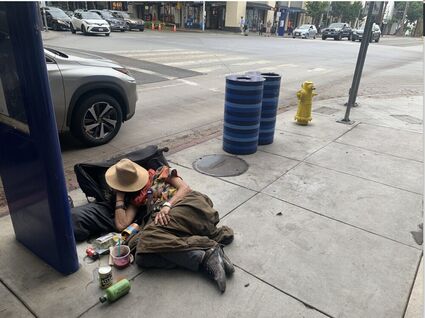 “The injured male walked away out of sight. SMPD personnel checked the area and local hospitals, however the injured person was not located. The victim was described as a Hispanic male, 40-50 years old, long goatee and wearing a black hooded sweater, black pants and black beanie.”

During the investigation, as SMPD Officers were searching for the outstanding victim, they located an injured male to the rear of the Ken Edwards Center (1547 4th ST). The male had two small stab wounds to his torso area. The victim has been uncooperative with SMPD Officers and refused to provide them with details about what had occurred. This victim was transported to a local hospital and was listed in stable condition with non-life threatening wounds. It has not been confirmed if these are related incidents, however investigating officers believe that this male is not the same stabbing victim that was initially reported at Ocean Ave and Colorado Blvd.”