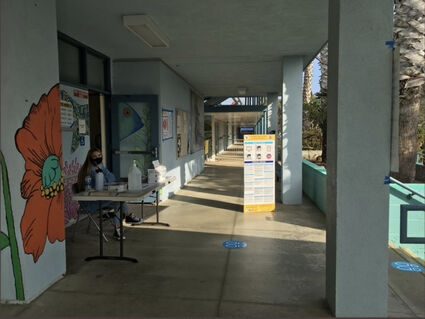 A jury has ordered the Santa Monica-Malibu Unified School District to pay $45 million to the family of autistic twins who "were physically abused and restrained by an aide" at their elementary school in Malibu.

The lawsuit filed in 2019 alleged a district employee, Galit Gottlieb, used corporal punishment including physical restraint and battery against the two special-needs students when they were in second grade at Juan Cabrillo Elementary in Malibu, according to court documents.

A Los Angeles Superior Court jury found in favor of the plaintiffs last Thursday. After the verdict, SMMUSD Superintendent Ben Drati issued a statement, calling the decision "not justified by the evidence presented."

"We are committed to and care about our students, especially those with disabilities," Drati said. "We respect the judicial process and recognize that the trial is only the first phase. We look forward to continuing the process to ensure that justice is served."

The lawsuit brought by Charles and Nadine Wong accused district officials of failing to act after suspicions of abuse were raised in 2017 by employees. A bus driver said she witnessed Gottlieb physically restrain the boys and punish them by putting hand sanitizer on their cuts, according to court documents.

The twins, Christian and Christopher, are nonverbal and couldn't express to their parents what was happening to them. But there were signs that something was wrong, including unusually aggressive behavior by the boys, the Wongs told local media on Monday.

"As a parent, you know something is wrong when your child is treating everyone different," Nadine Wong. "You know yourself and you look at your child and you say, 'What has happened to you?' But they can't tell us."

SMMUSD and Gottlieb were named as defendants in the lawsuit along with several other school administrators.

District officials have called for an independent review of the case and the jury's verdict.