"Twitter's current lords and peasants system for who has or doesn't have a blue checkmark is bullshit," 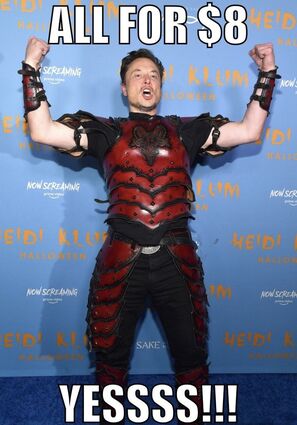 Twitter's new owner has announced that in exchange for $8 per month, anyone can have a blue checkmark and be verified.

"Twitter's current lords and peasants system for who has or doesn't have a blue checkmark is bullshit," tweeted Musk. "Power to the people! Blue for $8/month." 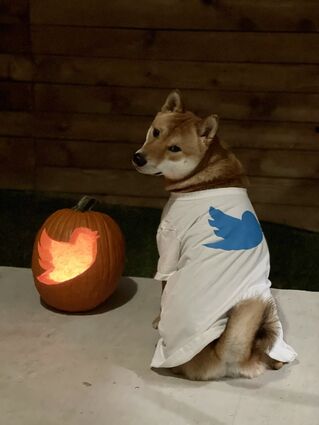 Musk tweeted a photo of his dog by a Halloween pumpkin.

"You will also get:- Priority in replies, mentions & search, which is essential to defeat spam/scam- Ability to post long video & audio. - Half as many ads," tweeted Musk.

"And paywall bypass for publishers willing to work with us. This will also give Twitter a revenue stream to reward content creators. There will be a secondary tag below the name for someone who is a public figure, which is already the case for politicians."

"What happens when a random user pays $8 and changes his Display Name to Elon Musk, using your same profile pic and starts tweeting like he's you? Verified checkmarks exists so people know they follow the real person," tweeted El Rubius.