Gas is Almost $7 a Gallon in California. So Why is @GavinNewsom Ahead of @BrianDahleCA in the Polls?

Tired of paying much more than anyone else in the US for gas, will California vote this Newsom guy out of office? How much more of this can you people take? 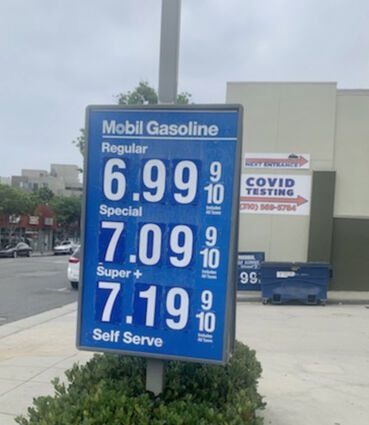 Gas is $6.99 a gallon for regular in my Santa Monica neighborhood. Are you tired of being a Newsom sap yet?

10.15.22: Gasoline sells for around $6.99 a gallon in my neighborhood in Santa Monica. Filling my stupid Chevy Cruze with gas is now around $80. Gas is so expensive in California, mostly due to regulation that isn't necessary any more, or never was.

Meanwhile, an election looms. President Joe Biden is way down in the polls. While he's not running himself, he's dragging down Dems in congressional and local races across the US.

So why in the heck are you people planning to re-elect Gov. Gavin Newsom for another 4 years? Why not take a chance with the Republican candidate, who happens to be a super nice guy. Even Sacramento Dems say that about Brian Dahle.

Dahle is talking the kind of common sense that comes from a farmer. A State Senator from Oroville County in far Northeastern California, Dahle has a solution for California's water problem: Build the already funded Sites dam, and put the water into the State's aquifer system.

He has a solution to homelessness: Build housing and require programs to cure the drug addiction and mental health problems that lead most homeless people to become homeless. Clear out some of the red tape to building housing, and stop chasing away the job creators with the highest taxes in the US.

Dahle has dared to say that the reason we have so many homeless people in the streets and parks, is that Newsom let out 30,000 prisoners, on early release due to Covid. It's obvious, but no one in politics other than Dahle dares say this.

In case you've voted for Gavin Newsom in the past, and you're not sure whether you're a sucker, consider this: Most of the $2 in gas taxes, gets spent on green energy programs and bike lanes that don't benefit you at all.

Newsom's solution: Call the legislature into special session one month after the election, and enact more restrictions on drillers and suppliers of gas. This will have the effect of raising gas prices, of course. Not lowering them.

Those who work with Dahle in Sacramento describe him as kind, approachable and honest. Gavin Newsom in contrast, is regarded as aloof, self centered, narcissistic and unapproachable. "Newsom doesn't sit down with any of us any more," said an Assemblywoman from LA County. "He's too busy thinking of national politics to meet with other Democrats in the legislature. We end up leaving a message." 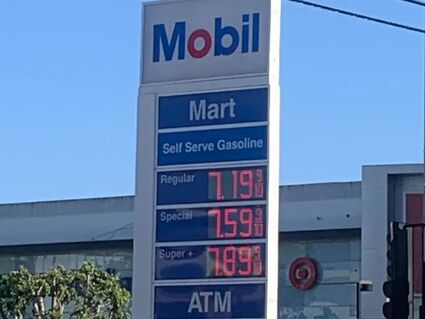 Gas is north of seven dollars a gallon in California, yet you people are going to re-elect Gavin Newsom. Why?

"The joke among California State legislators, is that if lightning strikes and Brian Dahle is somehow elected Governor, at least we Democrats will have a friend in the Governor's mansion."

Dahle has pledged to lower the high taxes and cut California's restrictions to lower the gas price by more than $1.50, and bring prices more in line with neighboring States. He will work with the Democrats in Sacramento on California's serious problems: crime, homelessness and drug addiction. He will bring new eyes and new voices to old problems.

And yes, he really could win and become California's first Republican governor since Arnold Schwarzenegger 17 years ago. Don't buy the media narrative that California must always be a one party state.

Elections and polls are rigged so no real progress can be made and to benefit fat cat politicians and special interests. Newsome is leading by double digits in the polls? I can hardly believe that's true in the same way the Gascon recall effort conveniently didn't get enough signatures to put his recall on the ballot. Riiiight. I don't care if you're conservative or progressive, everyone needs affordable prices for gas and other things. Everyone needs safe streets and safe neighborhoods for their families. These basic and vital needs of life transcend political parties, and the fact that Newsome is winning in the polls and Gascon won't be recalled shows something very strange is going on behind the scenes with our elections. I have family in a state with a Republican super-majority legislature and yet, the people somehow also voted in a Democrat senator two years ago? Very, very strange indeed. Dahle is also one man. The Democrats in Sacramento will block him on everything.