Witnesses say they can smell the leak within 150 feet, and hear it within 50 feet. Animals and people on the sidewalk 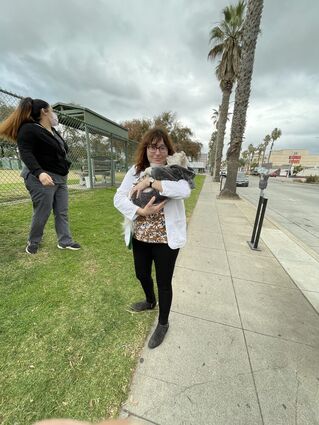 Sidewalk scene near Douglas Park after VCA Animal Hospital evacuated due to a major gas leak.

12.1.22: Construction caused a major gas leak on Wilshire Blvd and Chelsea in Santa Monica. The site is across Chelsea Avenue from Douglas Park, near 26th Street. 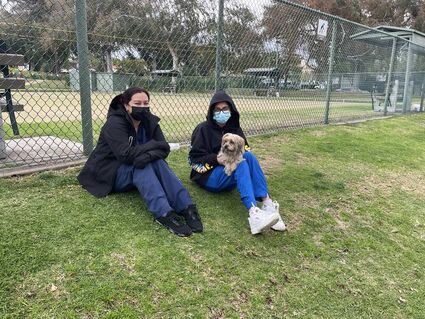 Sidewalk scene near Douglas Park after VCA Animal Hospital evacuated due to a major gas leak.

Witnesses said they could smell the leak within 150 feet, and hear it within 50 feet. "The staff of VCA has been evacuated along with their animal patients and they are on the sidewalk. The weather is cold, and the staff is shivering," one witness said.

• On Thursday, December 1 at approximately 10:00 a.m., SoCalGas crews responded to reports of a natural gas leak on the 2400 block of Wilshire Boulevard in Santa Monica.

• SoCalGas crews inspected the area and determined the damage to be caused by a third-party crew who was excavating near the gas line.

• Natural gas was under control as of 12:20 p.m. SoCalGas crews are on site working to stop the flow of gas, excavate and make permanent repairs