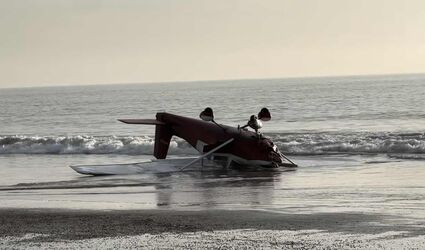 The deceased passenger from Thursday's plane crash on Santa Monica beach has been identified as a former city Mayor and Superior Court judge.

The airplane crash-landed and flipped upside down 200 yards South of the Santa Monica Pier just before 3 pm on Thursday, December 22nd, with hundreds of people watching. Two people were removed from the aircraft, police said, and sent to UCLA Hospital. The single-engine Cessna had taken off from nearby Santa Monica Airport when it made an emergency landing right at the edge of the Pacific.

Minter, 95, was elected to the Santa Monica City Council in 1955. The pilot called in an emergency to the SMO control tower prior to the crash, saying the engine had failed. The pilot survived the crash with serious injuries.

The City released the following statement:

"The City of Santa Monica mourns the passing of former Mayor Rex H. Minter (1927 – 2022), and we send our deepest condolences to his children, grandchildren, family members, and his many friends throughout Santa Monica," reads the City's website. 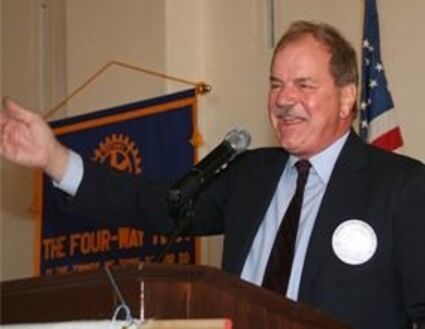 "Minter was elected to the Santa Monica City Council in 1955 and served as Mayor between 1963 and 1967. He later served as City Attorney for Arcadia, and as a judge for the Los Angeles County Superior Court."

"Minter met his wife Doris while they both attended santa monica high school. He served in the U.S. Marines and opened a law practice in Santa Monica after finishing law school. He was active in the Santa Monica Rotary Club and, along with his wife, was an avid aviator. They were residents of the Sunset Park neighborhood. "

"The City is grateful for Mr. Minter’s public service and we join his family in mourning his passing. Flags in front of City Hall will be lowered to half-staff and a City Council meeting in the new year will be adjourned in honor of Minter’s service."