In the video, a suspect commits a murder and is in turn killed by a man with a baseball bat. Suspect was friends with Two of the Murdered Girls on Instagram. 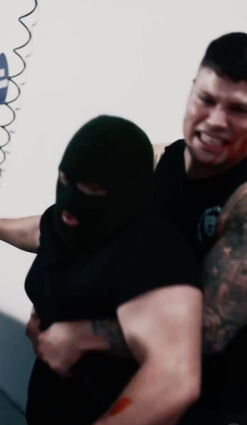 The suspect in the brutal stabbing murders of 4 students at the University of Idaho left an Instagram account with just one post. The post is a chilling video in which a man in a mask breaks into a car, then is in turn murdered by an actor carrying a baseball bat.

In the 30 second video, a professional production using actors and not video of an actual crime; a second suspect washes blood off the hood of an automobile after committing murder. The video is embedded below at the bottom of this story.

Bryan Christopher Kohberger, was a graduate student of criminology at Washington State University in Pullman, WA. WSU is only 8 miles from the University of Idaho in Moscow, Idaho. It's not unusual for students to travel back and forth between the 2 large public institutions.

This crime fascinated the nation for 7 weeks. Authorities were seemingly unable to find a suspect. They suddenly announced Kohberger's arrest in Pennsylvania on Friday morning, December 29th 2022.

"His sister lived next door. He may have had an accomplice. It was getting ready to go to South America Monday morning they arrested him at 3 AM this morning. He's friends with two of the girls on Instagram," posted one Instagram commentator, on Kohberger's page.

Social media companies ordinarily remove social media accounts of accused perpetrators of violent or serious crimes. This one will no doubt soon be removed as well. 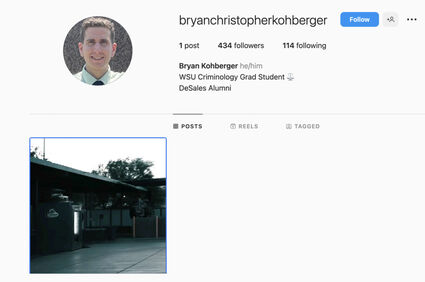 Looks like you were fooled. This is very likely not his account. The video is from Goon Tape, which has dozens of videos like this. Some sick freak likely changed the name of the instagram account today and fooled dozens of people that didn't know better.