No major incidents reported locally, but rain does cause havoc and mudslides, and alleviates the drought. 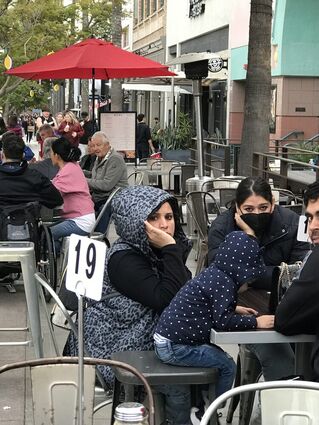 1.5.23: High wind and rain fell on Los Angeles County last week, as a major Pacific storm came to the State. Gov. Gavin Newsom declared a state of emergency throughout California.

Flash floods, mud flows and debris flows are all risks as a dangerous storm dropped 4 inches of rain on Santa Monica. Elsewhere in LA County, the coast and the valleys saw up to four inches of total rain through Thursday, said the National Weather Service.

Elsewhere in the State, storm surge damaged the Santa Cruz Pier, and killed at least 12 people. In Sacramento rivers overflowed their banks, causing one woman to be swept away and killed. Three storms one after another hit Southern California. 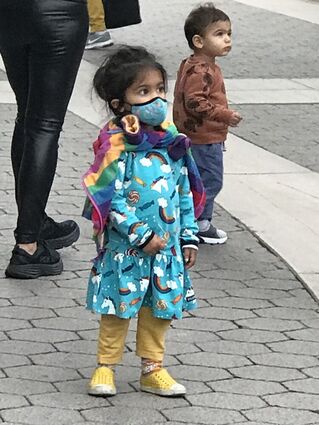 A child on the promenade watches the following rain.

Another 4 inches of rain were anticipated next week. Flooding from Redding to LA County hit the State.

The mountains received up to eight inches of total rainfall through Thursday January 5th. Ski resorts such as Mammoth recorded as much as ten feet of snow. Officials however, said the drought would not end.

High Wind warnings span much of Central California into Thursday morning. Wind gusts from 50 to 70 miles per hour were reported in the mountains and central coastal regions.

Flood watches were in effect across Los Angeles County through Friday January 6th. More rain was expected the week of January 9th.

In Santa Barbara County Wednesday evening, a mandatory evacuation order has been issued for parts of the Alisal, Thomas and Cave fire burn scar areas due to flooding and debris flow concerns.