USC School of Social Work Replaces "Field Work" with "Practicum," Because "Field" is Racist. No, We're Not Making This Up.

In fact, the Field Education Department is now the Practicum Education Dept. Because Latin words can't be racist, evidently. 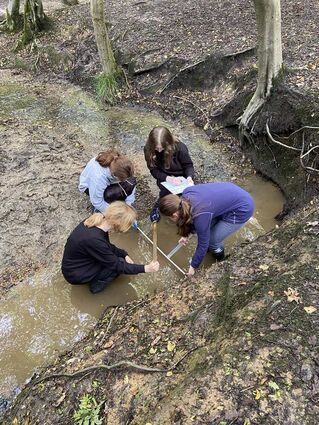 The School of Social Work at the University of Southern California, has announced that Field Work" will now be referred to as "Practicum." 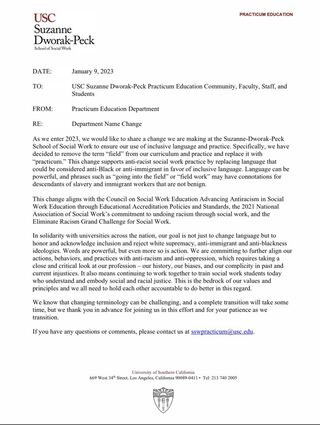 "We have decided to remove the term "field" from our curriculum and practice and replace it with "practicum," says the new Pracicum Education Department. "This change supports anti-racist social work practice by replacing language that could be considered anti-Black or anti-immigrant in favor of inclusive language. Language is powerful, and phrases such as "going into the field" or field work may have connotations for descendants of slavery and immigrant workers that are not benign."

The change is in line with recent movement among left wing academics to take seemingly neutral works like "field," and cancel them because they're "racist." In doing so, they are discovering previously undiscovered layers of racism in the English language. Some on the right have said this is going too far.

"Is this with merit or empty virtue signaling?" wondered Houman Hemmati on Twitter.

"Are they still going to have baseball and football fields?" replied another Twitter user.

"Please. Stop. Using. That. Word. We have to use the British word “pitch”." replied Hemmati.

Did they come to this conclusion following some Ayuhuasca (sp?) or psychedelic mushroom 🍄 Group journey gone wrong?? Absolutely bonkers! Leave it to yet another broken sect of “woke” ACaDeMiA to concoct some new, bizarre, virtue signaling ePiPhAnY implementation, more likely to increase any rift between races and perpetuate multi-generational victim mentality, than actually accomplishing real work. If your eyes aren’t already wide shut, HOME SCHOOL YOUR CHILDREN and teach them how to study, learn and pursue their own relevant destinies outside of “The Great Reset” propaganda being propagated in our school systems by those who want you to “eat ze bugz, own nothing ‘and be happy.’”