Lisa Marie Presley is dead at 54. "Now she is out of grief." Elvis' Daughter Never Recovered From Her Son's Death

"She looked awful at the Globes two days ago - dead eyes - probably heavily medicated - still in deep grief over her son Ben's suicide." 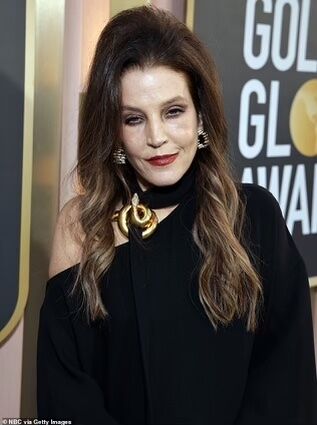 Lisa Marie Presley At the Globes on Jan 8th

1.12.23: Lisa Marie Presley passed away in a coma after an incident at home today, where she lost consciousness in her bathroom. She was found by Danny Keough, her ex husband who gave her CPR. She survived in a hospital for a time, but never came out of a coma. 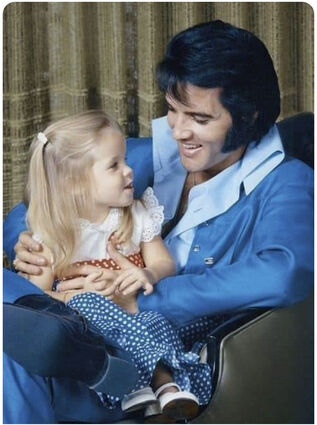 Lisa Marie Presley (February 1, 1968 – January 12, 2023) was an American singer-songwriter. She was the only child of singer and actor Elvis Presley and actress Priscilla Presley, as well as the sole heir to her father's estate. Presley developed a career in the music business and issued three albums: To Whom It May Concern in 2003, Now What in 2005, and Storm & Grace in 2012. Her first album reached Gold certification with the Recording Industry Association of America. Presley also released non-album singles, including duets with her father using tracks he had released before he died.

On January 12, 2023, Presley suffered cardiac arrest at her home in Calabasas. Presley's heart was restarted after CPR was administered, en route to a hospital. She died later that day.