Nicaragua withdraws its ambassadors from Chile, Belgium, and the EU 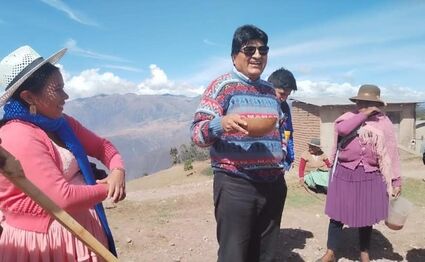 Former president of Bolivia, Evo Morales, is thought to be active behind the violent protests in Peru

Daniel Ortega, the dictator who for 27 years has kidnapped the Presidency

The history of the last 50 years of Nicaragua cannot be told without mentioning Daniel Ortega, the eternal "leader" of the Sandinista National Liberation Front (FSLN), an insurrectionary movement that was formed in the aftermath of the 1970s, to overthrow the other bloody dictatorship of the Somozas. ...Read more >>

Maduro's secret relations with Seyed Moosavi, the businessman recruited by Hezbollah who trafficked Venezuelan gold with the Iranian plane seized in Ezeiza

Seyed Badroddin Naiemaei Moosavi is an Iranian businessman who trafficked Venezuelan gold to finance Hezbollah's terrorist activities in the Middle East. Moosavi travels regularly to Caracas to coordinate shipments of gold transported by Mahan Air to Tehran as a stopover in Turkey and other neighboring countries, where they will eventually be sold clandestinely. These irregular funds are used by the fundamentalist organization Hezbollah, which participated in the attacks on the Israeli Embassy and the AMIA that occurred in Buenos Aires....Read more >>

The senators described as "petty political revenge in the name of his predecessor Evo Morales", the deprivation of liberty against the governor of Santa Cruz, Luis Fernando Camacho and the threats against the former interim president Jeanine Áñez...Read more >>

Congressmen from the United States (USA) issued a joint statement and warned of a democratic setback in Bolivia after the arrests of the governor of Santa Cruz, Luis Fernando Camacho and former president Jeanine Añez....Read more >>

The European Union called on Wednesday to avoid any step that could lead to an escalation in the violence that has been going on in Bolivia since December 28. Likewise, he asked for respect for the due judicial process of the imprisoned governor Luis Fernando Camacho....Read more >>

29 new political prisoners in Cuba. There are already 1057 in total

Each month, Cuba continues to harass, threaten, summon and detain thousands of people, and imprison and criminally prosecute an average of more than 30 new political prisoners in Cuba per month. The people live in fear and gagged. Cuba has become a great prison for the vast majority of the citizenry. Despite the miseries that Cuba is experiencing, the enormous repression makes Cubans live in genuine fear for their safety and severely limit their most fundamental freedoms....Read more >>

Why I am not an immigrant

Before a dear reader jumps the gun with a punishing email, let me make clear that, this is not an anti-immigration column. I have published, in these pages, several defenses of immigration; see for instance, "Migration as an Individual Right" and "The Ethical Case for Migration." My purpose now is to explore the mindsets that differentiate economic immigrants from political exiles. I do so with the caveat that, this is a blurred distinction when applied to those leaving states that exert engulfing control over both, political and economic domains....Read more >>

Brazil and the instant revolution

Brazil is the country most similar to the United States (even if Brazilians don"t believe it). It is a truly federal state where the governors and mayors enjoy autonomy from the federal power. Its economy impacts the region and the world and its citizens have an unbeatable optimism for the future.Today their democracies are being hit by the liquid modernity masterfully described by Zygmunt Bauman.And we have seen it live and direct on January 6, 2021 and January 7, 2023 when angry mobs decided to take over the facilities of the powers that refused to declare electoral fraud inexistent....Read more >>

Democracy has always been threatened from different political orientations, in different places and under different cultures. It is a weakness, but at the same time his great strength is that he has managed to survive these challenges....Read more >>

Nicaragua withdraws its ambassadors to Chile, Belgium and the European Union

The Nicaraguan government annulled this Wednesday the appointment of its ambassadors to Chile, Belgium and the European Union, according to a publication in the official newspaper, La Gaceta....Read more >>

The Inter-American Court of Human Rights (IACHR Court) ordered this Tuesday protection measures and the release of 11 imprisoned opponents in Nicaragua, in the framework of the political and social crisis that country has been experiencing since 2018 as a result of protests against the regime. by Daniel Ortega....Read more >>

Persecution in Nicaragua: the bishop accused of conspiring against the regime of Daniel Ortega was sent to trial

The Nicaraguan bishop Rolando Álvarez, very critical of the Daniel Ortega regime, was sent to trial on Tuesday to answer for the alleged crimes of conspiracy to undermine national integrity and propagation of false news to the detriment of the State and Nicaraguan society. ...Read more >>

The detained former president Pedro Castillo spoke on Twitter today encouraging the violent demonstrations that have taken place since he perpetrated the coup on December 7, 2022....Read more >>

The first effect of Morales' interference is that the Peruvian Foreign Ministry, according to the newspaper Peru21, is analyzing the possibility of declaring the former Bolivian president persona non grata with the aim of prohibiting him from entering that country....Read more >>

Evo Morales, designated as the instigator of the violent demonstrations in Peru

It is not news that the Latin American radical left remains active in the politics of other countries in the region. If a few days ago the president of Mexico, Andrés Manuel López Obrador, was accused by the Peruvian authorities with the consequent expulsion of the Mexican ambassador in Peru, this time Evo Morales has been accused of being one of the main sponsors of the marches that have been registered in the last weeks in Peru....Read more >>

"Evo Morales has intervened in Peruvian politics for years"

The former Minister of Justice, Luis Gonzales Posada, indicated that the former president of Bolivia, Evo Morales, has not only intervened in internal affairs of the country for years, he has also encouraged acts of violence in the South, for which reason the Foreign Ministry must summon the ambassador of Bolivia in Lima for trying to subvert public order....Read more >> 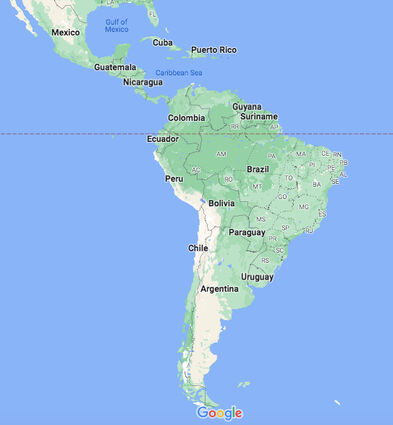 Some of the dirty gold produced by the Nicolás Maduro regime in the violent southern region of Venezuela is being smuggled into Iran and used to finance the activities of the Middle Eastern extremist group Hezbollah, British and Argentine media reported....Read more >>