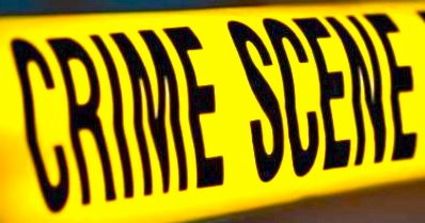 Santa Monica Police say on April 1 at about 9 pm, officers responded to Tar and Roses Restaurant in the 600 block of Santa Monica regarding a vandalism that just occurred. Officers arrived and immediately located Luckas Balys the person allegedly responsible for the disturbance, in front of the business. The officers were told them that Balys was waiting for a table inside the restaurant, but grew very impatient because of the long wait. After expressing his frustration to the host, he allegedly grabbed a wine bottle from a display rack from inside the restaurant, and threw it at the front window, which caused the glass to shatter. Lawmen say that according to the host, Balys and his friend were there for only a short period of time before he threw the bottle. The owner of the business wished to press charges for the vandalism and the officers accepted the private person's arrest. Balys was charged with vandalism.

Santa Monica Police report that April 3rd officers noticed a vehicle driving in the area Lincoln and Grant with expired vehicle registration tags. Officers conducted a traffic stop in 2000 block of Lincoln Blvd. When they approached the car they noticed there were several occupants in the car and one of the officers noticed the rear passenger was acting very suspiciously, shuffling his hands as if he was concealing something. The occupants were asked to leave the car and they eventually consented to be searched. Authorities say the officers located two large fixed bladed knives, methamphetamine, and a key to a room at the Santa Monica Motel on the same rear passenger and also found two used hypodermic needles on the rear floorboard of the vehicle. The officers were aware that the registered owner of that particular motel room (key located on the suspect), belonged to another man who was on active probation and subject to searches. The officers conducted a probation compliance check of the motel room and when they entered the room they saw a woman, narcotics and narcotics paraphernalia in plain view. Lawmen report the officers recovered several baggies containing cocaine, methamphetamine and heroin and multiple items of electronic equipment and .38 caliber revolver handgun wrapped in a pillow case. A computer check revealed that the electronics were taken from a burglary in Venice. The motel occupant was arrested. Authorities say the officers discovered that the woman was the girlfriend of the male passenger that they previously arrested. Medik Markarian of Burbank and Ryan Barry of Santa Monica were both arrested and charged with possession of stolen property and possession of a controlled substance.

Santa Monica Police say on April 5th at about 1 in the morning, officers were dispatched to the beach parking lot north of the Pier. (1550 Pacific Coast Highway) regarding an assault investigation. They say officers arrived and met with the victim of the assault. She told them that her on and off boyfriend had assaulted her in the past and therefore she obtained a temporary restraining order against him. On that day, she came to the beach with another male friend and they both sat on the sand in the 1400 block of the beach. They say that is when the suspect Steve Valez, the on and off boyfriend, walked up to both and was angry that the victim was with another man, which led to him and the other man fighting. Authorities say that after the fight, the suspect walked away and made reference to getting a gun and that all three met up again in the parking lot when the suspect pulled the victim's hair and punched her in the face. The victim said that Valez eventually left the lot in his car and as he did, he intentionally revved his engine and sped up towards her in an attempt to strike her. They say she was able to run behind a parked car to avoid his vehicle. Assisting officers were able to locate the suspect's car and made a traffic stop in the 3400 block of Pico Blvd. Valez was on probation and had prior weapon and assault charges. He was arrested and charged with assault with a deadly weapon and violating his parole.