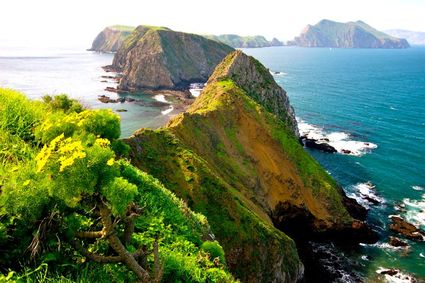 Oxnard is a hidden gem close enough for an impromptu day trip, and certainly a relaxed weekend.

Checking in at the Embassy Suites, I walked across the hotel's central court with its pool and water landscaping to my suite and was delighted to find that both the bedroom and the living room looked out on the beach with the ocean and the Channel Islands in the background.

I stepped out to my own private patio from where I could continue walking over the paths through the rocks and the shrubbery to the expansive sands beyond.

After the hot shower from a massaging shower head and the resort's avacado body lotion, the city grime was out as well.

Ready for dinner, I was waylaid by the mariachi music from the manager's reception which was now in full swing. It featured a choice of two complimentary cocktails, and plenty of chips and dips and other munchies.

We headed out to Waterside restaurant headed by Executive Chef Eric Cancino. He is big into local sourcing - produce from the farmers market as well as the sea bounty off the fishing boats, and tries to incorporate both the Mexican and the Italian sides of his heritage.

The locals flock to his Sunday brunch. You can never find the menu listed in advance, because it is always whatever the Chef happened to have found that morning.

Friday morning we took a cooking class with Michelle Kenney, cookbook author and third generation operator of her family restaurant La Dolce Vita. We began by making mimosas, mixing and matching ingredients to suit our individual preferences: champagne (or the sweeter Italian prosecco), OJ, ingredients, Limoncello, triple sec, and mint. That was enough to get us mellow, and definitely more willing to participate.

Pretty soon, we had whipped up a Tomato and Leek Fitatta and Chicken Milanese with Tomato and Fennel Sauce.

We took a leisurely stroll of Heritage Square, with its collection of homes from a century ago, many of which had been repurposed: one was a restaurant, another, The Rancho Ventavo Wine Cellers with a tasting room with oak barrel furniture, and pithy plaques: 'More wine, not whine'; 'Eat, drink and re-marry'.

Continuing on to the Mullins Auto Museum we stepped back in time with its art deco era collection of classic vintage French autos and grand prix race cars, along with period furniture, paintings and ceramics from pre-war Europe. 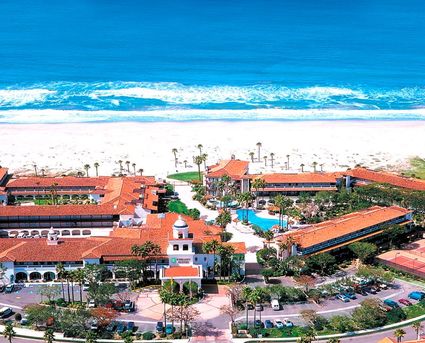 Dinner was at the Kitchen Restaurant which has a craft beer pub and a gift shop that carries locally made pestos, salsa, barbecue sauces and such. Chef Steven Stroh likes to cook everything with beer, which imparted a unique flavor to his family style meal of salmon, turkey, green beans, salad, bread and dessert.

Next day, the waterfront Maritime Museum offered some unusual findings: a section of paintings celebrating Lord Nelson's victory at Trafalgar that you would expect to see in a London museum, and the sea chest belonging to the Spanish explorer who discovered San Francisco.

Lunch was at the Moqueca Brazillian restaurant next door, where the traditional Brazillian claypot seafood stew was the right combination of hot and spicy.

By that time, alas, the weekend was getting over, and it was time to head back home.