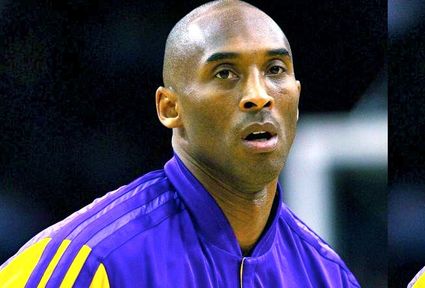 On Christmas day folks annually gather for a festive occasion.

But the National Basketball Association has another idea for this holiday.

The league puts on an extravaganza, Five nationally televised games on several networks, attractive matchups of the most popular teams, and a gimmick to sell merchsndise.

The players always have their last name on their jerseys. But on this day the first names were on it. And starting the next day replicas of those jerseys could be purchased anywhere in the country. Who says Christmas isn't commercialized?

Your kid can have a Kobe jersey, a LeBron jersey or a jersey with the name of any other player you choose.

Against this backdrop the day began with Washington, a surprise contender in the Eastern Conference, trouncing the hapless New York Knicks as John Wall showed the nation why he's one of the NBA's best point guards.

The sad Knicks have a 5-26 record and won a place in this showcase of the best the NBA has to offer primarily because they represent New York.

They're supposed to be running the triangle offense used so successfully by Phil Jackson with Michael Jordan and the Chicago Bulls and Kobe Bryant with the Lakers. But I watched closely and didn't see much triangle. I just saw Carmelo Anthony shooting a lot.

We then moved on to Oklahoma City, even without the injured Kevin Durant, beating the defending champion Spurs in San Antonio.

The Spurs have major injuries and they've had a rough schedule lately. It'll be interesting to see if Greg Popovich, generally regarded as the NBA's best coach, can rally the champs to a decent playoff seed and defense of their championship. Maybe yes, maybe no.

In the third televised game LeBron James played in Miami for the first time since choosing to leave the Heat.

Fans usually boo a player who leaves a team by his choice, but the Heat worked hard to prevent this scene, Give Pat Riley a lot of credit for setting the stage with several days of using the Florida media to encoursge fans to celebrate LeBron's four years with the Heat, including two championships rather than displaying the anger they felt when he returned to Cleveland, his hometown team

A video presentation during a timeout brought a standing ovation from the crowd. And the Heat, which had lost six of their last seven home games, beat LeBron and the Cavaliers.

As a tribute to pro basketball in Los Angeles our two teams were featured in the evening games which drew the highest number of viewers for the Christmas showcase in NBA history. The lowly Lakers, like the Knicks, received a place in this showcase because of their grand history, which includes 16 championships. Curiously, though, the Boston Celtics, who have won 17 championships, weren't included.

The Lakers didn't have Kobe Bryant, who sat out his second consecutive game due to fatigue and soreness. They were no match for the Chicago Bulls, who are getting a lot of support as a possible championship team this season.

The Bulls have a fine starting lineup, excellent depth, a no nonsense coach and the contributions of center Pau Gasol, who had 23 points and 13 rebounds.

Why did the Lakers let Gasol go following six LA seasons which included two championships? I don't have the answer. Ask Jim Buss or Mitch Kupchak.

Did they think his skills had deteriorated? If so, they were wrong.

Before the game Bryant and Gasol had time to chat and discussed their cherished time together. Bryant wanted Gasol back with the Lakers. It's a shame management didn't agree.

The players hugged before and after the game. It was a grand moment for me seeing the respect they have for each other.

Besides being an outstanding player Gasol has been a classy person throughout his career. On TV after the game a journalist said "Many people think it's nice to be important. But Pau thinks it's important to be nice."

The day's fifth and final game was the Clippers' victory over Golden State at Staples Center. Observer sports columnist Bosmat Eynav represented The Observer at the game. Read her thoughts on this page.