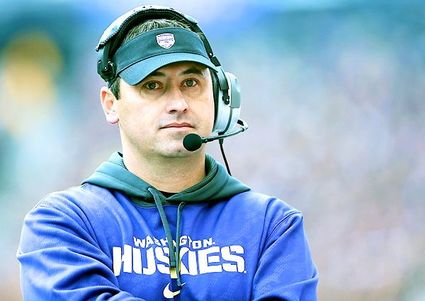 USC, which lost its annual football game to UCLA for a third straight time this season, ended 2014 with a harrowing 45-42 victory over Nebraska in the Holiday Bowl in San Diego Dec. 27.

The Trojans, who had won four of five games after losing to the Bruins, outlasted the Cornhuskers despite being outscored 8-0 in the fourth quarter of a game which was played before 57,000 and a national television audience.

"We're going to be a very good football team," said Sarkisian. "We don't lose many players. Our future is bright."

Among the returnees will be quarterback Cody Kessler, who tied Matt Barkley's school record of 39 touchdown passes in a season. Kessler, a junior, had considered entering the NFL draft, but after the game said he will return to USC.

USC receiver Nelson Agholor is expected to leave college early for the NFL. But freshman Adoree Jackson was so spectacular in the bowl win he'll almost certainly become Kessler's favorite target in 2015.

After returning a kickoff 98 yards for a touchdown Jackson scored on a 71-yard pass reception for another.

Kessler completed 23 of 39 passes, including three for touchdowns. Junior Buck Allen ran for 152 yards on 26 carries and scored twice.

Nebraska made a gallant showing despite the fact several players had been critical of the school for firing coach Bo Pelini following a nine-win season.

Assistant Barney Cotton coached the team while Mike Riley, who'll take over next season, watched as a spectator.

Riley, who came from Oregon State, is a former USC assistant.

USC finished with a 9-4 season. 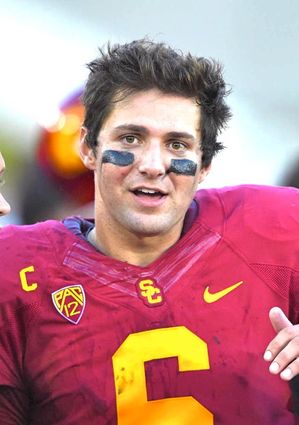 It had one depressing stretch during another season when the Trojans were undermanned due to NCAA sanctions. Most college football teams have 80 to 90 players available for games but USC had less than 60 in several games.

USC lost to Arizona State, 38-34 on a last second long touchdown pass. Then, the following week USC lost to Utah, 24-21.

With the sanctions ended the Trojans should have a considerably larger roster for its 2015 games.

Some college football experts are including USC among the favorites to win the Pac-12 championship next season, and possibly contend for a berth in the national Final four playoffs.

However, USC will have to contend with UCLA for merely the champion of Los Angeles.

UCLA hadn't played its bowl game as this issue of The Observer went to press.