Who's Best? Oregon Or Ohio State? 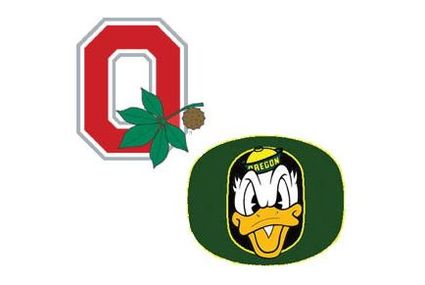 For many years the Pac-10 champion and Big Ten champion capped a football season by playing in the Rose Bowl game.

This time the conference's best teams, Oregon and Ohio State, will also cap a season. But it won't be in merely one of many bowl games, it will be in the first college football national championship game.

"It was a lot of fun," Oregon coach Mark Helfrich of his team's ability to score six straight touchdowns in the second half.

Known for its go-go offense, perfected by Coach Chip Kelly before he left for the Philadelphia Eagles, Oregon also quieted some media critics who portrayed the team as soft, expecting Oregon to fail a test against a more physical opponent.

Florida State was the only one of the four teams selected to participate in the new playoff system to be undefeated. But it was no match for Oregon, which was led by Heisman Trophy-winning quarterback Marcus Mariota.

The selection committee illustrated its doubts about Florida State by giving it only the No. 3 seed despite a perfect record. That's because the Seminoles had to come from behind in the second half seven times to win regular season games.

The committee also got it right by granting Ohio State a berth over TCU and Baylor, which had ranked higher most weeks leading up to the final ballot.

Ohio State crashed the party when it routed Wisconsin, 54-0, in the Big Ten championship game.

Ohio State was only the No. 4 seed, but it erased a 21-6 deficit to shock No. 1 seed Alabama in the Sugar Bowl. 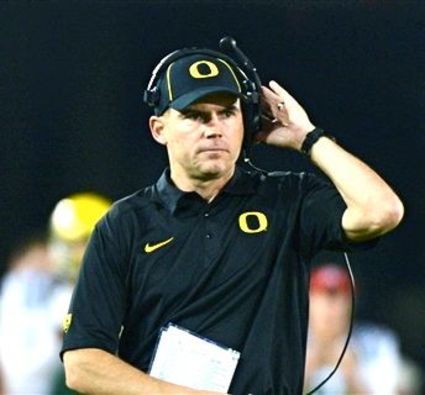 Urban Meyer, who had coached Florida to a pair of national championships, had taken a year off before becoming Ohio State's coach three years ago. The Big Ten was slipping in the eyes of football experts and Meyer knew what was required. He needed more speed on the Buckeyes' roster. So he recruited with that in mind.

He also came up with three quality quarterbacks. The first two, both regarded as Heisman candidates, went out with injuries.

Then, two games ago, the job went to Cardel Jones. You couldn't make up a better script than this. The kid has quarterbacked two wins at the most dramatic tine of the season.

Could Ohio State be a fluke?

"No," said Alabama coach Nick Saban. "They can play against any team in the country."

Even Oregon? We'll see about that.