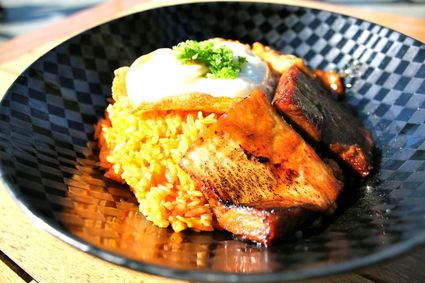 Sushi Roku opened its first location as a sushi lounge in Hollywood in 1997 and has since expanded to Santa Monica, Pasadena, and beyond California to Scottsdale, Arizona, and Las Vegas. As the Santa Monica restaurant turns 16 in November, we thought it a good time to re-visit. We chatted with Tom Cardenas, IDG, the parent company's VP of Operations and Chef Hiroshi Shima, Corporate Executive Chef of Sushi Roku and Katana.

O: Is there much difference in the menus of your different locations?

SR: Same core menu, but specials vary. Many items at Robata Bar are available at Sushi Roku Santa Monica as they share the same kitchen.

O: Have you noticed any significant differences in patron tastes at your different locations?

SR: Not particularly except maybe outside of LA such as Vegas and Scottsdale, which tend to sell more cooked items (as opposed to raw bar, sushi dishes).

O: Have you noticed any significant differences in the evolution of your patrons' tastes in the last 18 yrs?

SR: More guests are better educated in sushi and with more experience you see items such as Uni (Sea Urchin) and Toro (Tuna Belly) being a favorite amongst sushi eaters. Also the evolution of more Gluten Free diners and how to customize the menu to their needs.

O: How has your menu changed over the last 18 years?

O: In what way does Chef Shima feel he has evolved over the last 18 years?

SR: Plating techniques/presentations and use of International ingredients. Dining at Le Bernardin, Momofuku, Picca, Marea, Lazy Ox and many other restaurants with talented chefs and experiencing their use of fresh fish influences how he incorporates a Japanese flair.

O: Is there any sushi etiquette non-Japanese people need to know about?

O: Do you have a `Love the Locals' program?

SR: We have a lot of locals who take advantage of our happy hour and have been longtime friends of IDG.

O: What can patrons look forward to in the near future?

O: Are there any events planned that readers should know about?

SR: We have new menu items from Corporate Executive Chef Tyson Wong and Executive Chef Hiroshi Shima, people may want to know about our `insider' menu, and the menu will be changing for the summer in May. 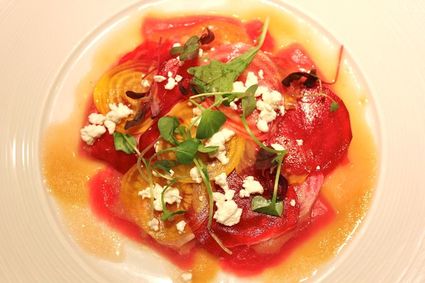 O: What is the insider menu ?

SR: The 'insider' menu is essentially a secret menu of off-menu items. Even those who have frequented

Sushi Roku many times may not be aware of the selection.

SR: The Black Truffle Hand Roll, made with black truffles, avocado tempura, cucumber, truffle soy sauce, wrapped in rice paper. The popular Hanabi dish (spicy tuna on crispy rice) can be ordered with any type of fish-we recommend it with yellowtail. At the Santa Monica location, since Sushi Roku and its sister restaurant Katana share the same kitchen, items from both menus can be ordered at either restaurant.

O: I'll keep that in mind next time I visit!