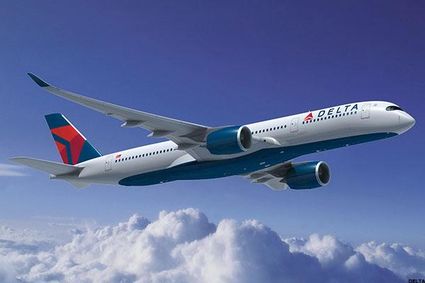 I write to you on behalf of corporate, university and government organizations that purchase large volumes of commercial airline services. We have a concern that American Airlines, Delta Air Lines and United Airlines may have recently coordinated on a complicated and comprehensive scheme to change airfare rules that have the effect of driving up the price of an airline ticket on unsuspecting consumers by as much as a factor of seven.

We ask that you include this potential illegal coordination with your investigation into collusion by these airlines and their major shareholders on limiting seat-capacity growth. As your investigators know well, at an International Air Transport Association meeting of airline CEOs in Miami in 2015, U.S. airlines spoke openly about the need for capacity discipline. This is the same meeting where the Lufthansa Group publically shared with competitors its proposed new commercial strategy for ticket sales and where an audience poll was taken to see how many competitors might follow the Lufthansa Group.

More recently, just last week, all three major U.S. carriers, virtually simultaneously, and without disclosure to consumers, implemented a complex policy change that bars customary multi-city ticketing using the lowest available fare on each segment. Instead, the new policy combines the highest fares available on each segment and returns a round-trip single price that is substantially higher than if a consumer purchased separate one-way fares. Perhaps most troubling is how the airlines knew that their competitors had made this change given that there was no public announcement.

As an example of this new policy, a three-city trip researched this week returned a coach fare of $2,745 for travel from New York to Los Angeles to Albuquerque to Montreal returning to New York. If priced as four one-way tickets the fare is $898. While a knowledgeable travel agent will be cognizant of the policy change, the threshold problem is that most consumers, especially the majority who are infrequent travelers, will not be aware and will pay dearly when booking online at an airline website.

Consumer net-harm is substantial as these increases can be in the thousands of dollars for each trip and are void of countervailing benefits to consumers or competition. Moreover, when a traveler is forced to purchase the one-way segments, instead of a round-trip ticket, a modification in travel plans will trigger change fees of up to $200 per segment. Importantly, business travelers have to pay their travel management companies transaction fees on each segment as the airlines have foisted a new level of complexity and inefficiency upon the industry that must be paid for by the customer.

This potential violation of antitrust law and statutes is far and away different from the near-instantaneous matching of airfares in the marketplace. Rather, this policy is complex and far-reaching with major implications including for travel distribution channel competition. This is not a match-and-go decision, but one that would have received a considerable thought, analysis and discussion over time.

I urge the Antitrust Division to be clear to these airlines that this type of anticompetitive practice is unacceptable and trust that the Division will add this development to its investigation into potential collusive U.S. airline agreements.