We May Be Living In a Video Game, says Elon Musk. Rise of the Machines!

Bill Gates, Elon Musk and Steven Jobs all warned of an existential risk from artificial intelligence 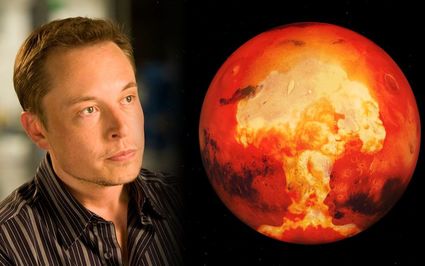 Elon Musk has been called a twenty-first century Leonardo Da Vinci. When he was 21, he and his brother invented a way to send money by e mail. They called it PayPal. He sold the company to Ebay for $100,000,000 when he was 24. He is the genius behind SpaceX, Solar City and Tesla Automotive.

He may well be the smartest man alive on Earth today. And women completely baffle him. But that is a story for another day.

At the annual Recode Code Conference, he decided to let us in on his thoughts behind the idea of our lives being nothing more but a video game. A video is being circulated of Musk's serious reply to the question of whether we are living in a video game.

"If civilization stops advancing, that may be due to some calamitous event that erases civilization. So maybe we should be hopeful this is a simulation, because otherwise we are going to create simulations indistinguishable from reality or civilization ceases to exist. We're unlikely to go into some multi million-year stasis."

The basis of his argument is that video games have evolved dramatically from their roots in Pong 40 years ago. Now we have photo-realistic video games with millions of people playing simultaneously, and it's only looking up with virtual reality and augmented reality becoming a mainstream piece of technology.

Assuming some sort of continuous rate of improvement, inevitably video games will advance to the point where they are "indistinguishable" from reality. "There's a one in billions chance we're in base reality," he says.

Other theories by Musk included humanity arriving on Mars by 2025. He theorizes that the government on Mars would be a direct democracy, in order to reduce the possibility for political corruption.

Meanwhile, CNN reports that Musk met with Secretary of Defense Ash Carter Wednesday as the Pentagon looks to raise its technology game.

The focus of the closed-door get together was "innovation," according to a Defense Department spokesman, although Musk is also looking to win more government business for SpaceX, which launches satellites into orbit.

Neither Carter nor Musk spoke to reporters after their meeting, but Defense Department spokesman Peter Cook said Monday that Carter "has been reaching out to a number of members of the technology community to get their ideas, their feedback, find out what's going on in the world of innovation."

Musk has previously addressed the fear that Artificial Intelligence represents an existential threat to mankind. Musk suggests that we inject neural lace into our brains that allows humans to advance our evolution as quickly as our robots.

The artificial intelligence field was founded on the claim that a central property of humans, human intelligence—the sapience of Homo sapiens sapiens—"can be so precisely described that a machine can be made to simulate it." This raises philosophical arguments about the nature of the mind and the ethics of creating artificial beings endowed with human-like intelligence, issues which have been explored by myth, fiction and philosophy since antiquity. Artificial intelligence has been the subject of tremendous optimism, but has also suffered stunning setbacks. Today AI techniques have become an essential part of the technology industry, providing the heavy lifting for many of the most challenging problems in computer science.

A common concern about the development of artificial intelligence is the potential threat it could pose to mankind. This concern has recently gained attention after mentions by celebrities including Stephen Hawking, Bill Gates, and Elon Musk.

"The development of full artificial intelligence could spell the end of the human race," said Stephen Hawking. "Once humans develop artificial intelligence, it will take off on its own and redesign itself at an ever-increasing rate. Humans, who are limited by slow biological evolution, couldn't compete and would be superseded."

A group of prominent tech titans including Peter Thiel, Amazon Web Services and Musk have committed $1billion to OpenAI a nonprofit company aimed at championing responsible AI development. The opinion of experts within the field of artificial intelligence is mixed, with sizable fractions both concerned and unconcerned by risk from eventual superhumanly-capable AI.

In his book Superintelligence, Nick Bostrom provides an argument that artificial intelligence will pose a threat to mankind. He argues that sufficiently intelligent AI, if it chooses actions based on achieving some goal, will exhibit convergent behavior such as acquiring resources or protecting itself from being shut down. If this AI's goals do not reflect humanity's - one example is an AI told to compute as many digits of pi as possible - it might harm humanity in order to acquire more resources or prevent itself from being shut down, ultimately to better achieve its goal.

For this danger to be realized, the hypothetical AI would have to overpower or out-think all of humanity, which a minority of experts argue is a possibility far enough in the future to not be worth researching. Other counterarguments revolve around humans being either intrinsically or convergently valuable from the perspective of an artificial intelligence.

Concern over risk from artificial intelligence has led to some high-profile donations and investments. In January 2015, Elon Musk donated ten million dollars to the Future of Life Institute to fund research on understanding AI decision making. The goal of the institute is to "grow wisdom with which we manage" the growing power of technology. Musk also funds companies developing artificial intelligence such as Google DeepMind and Vicarious to "just keep an eye on what's going on with artificial intelligence. I think there is potentially a dangerous outcome there."

Development of militarized artificial intelligence is a related concern. Currently, 50+ countries are researching battlefield robots, including the United States, China, Russia, and the United Kingdom. Many people concerned about risk from superintelligent AI also want to limit the use of artificial soldiers.