Half of Prince's Estate Will Go to Taxman

Because Prince died intestate (i.e., without a will), nearly half of his assets could go to Taxes 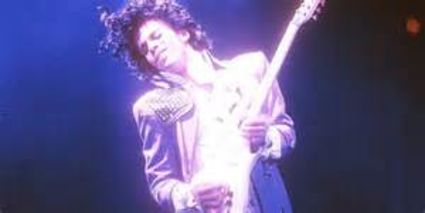 Prince must be turning over in his grave

The wealthy generally avoid probate by putting their assets in a trust prior to death. Prince died on April 21. Bremer Trust stepped into its role as special administrator for the estate on April 27 on behalf of Prince's only full sister, Tyka Nelson, stating that her brother had died without a will-- a good sign that the childless singer did not expect to die at 54.

At a June 7th hearing, Douglas Peterson, an attorney for Bremer Trust, said the special administrator has a duty to maximize the value of Prince's estate and that any delay in entering negotiations would interfere with its exercise of that duty.

Because Prince died intestate (i.e., without a will), nearly half of his assets could go to pay State and Federal taxes, which are due on January 21, 2017, attorney Peterson told the Hollywood Reporter. His Estate has been variously estimated at $100 million to $500 million--it's hard to value future residuals on "Purple Rain" and other albums.

Prince did on April 21 of what the Coroner called an accidental Fentanyl overdose. Following an autopsy, his remains were cremated, and their final disposition remains private. On April 26, 2016, Prince's sister and only full sibling Tyka Nelson filed court documents in Carver County, Minnesota, to open a probate case, stating that no will had been found; Prince's five half-siblings also have a claim to his estate.

As of three weeks after his death, 700 people claimed to be half-siblings or descendants. Bremer Trust was given temporary control of his estate, had his vault drilled, and was authorized to obtain a blood sample for genetic testing. A sealed search warrant was issued for his estate, and another, unsealed, warrant was issued for the local Walgreens.

After his death speculation arose that Prince’s name, image and likeness could make him one of “America’s top earning deceased celebrities.” This would mean that in addition to the hundreds of direct claims made to his estate, the IRS will also claim a share in the form of estate taxes as high as 40 percent of earnings. The dissemination of the estate of Michael Jackson is a precedent for what could happen with Prince’s estate. The IRS investigation of Jackson’s estate was described by Jonathan Blattmachr as “horribly speculative as to what the value is.”[

Minnesota State Judge Kevin W. Eide held in favor of special administrator Bremer Trust that there was an urgent need to monetize Prince Nelson Roger's estate, denying an opposition filed by a potential heir who asked the Court to continue the matter without an appointment, until the court has determined who is an ultimate beneficiary of Prince's intellectual and other property.

The trust overseeing the late pop superstar's assets now has limited authority to hire entertainment industry experts to help manage his music holdings. The singer had no children and never married. He is survived by at least one full sister and several half siblings. A total of 9 potential heirs are currently claiming shares in the estate.

On June 8, Judge Eide granted a petition brought by the trust overseeing the late pop superstar's assets. He gave them limited authority to hire entertainment industry experts to manage his song portfolio. He also gave authority for investors to hold a summer celebration at his Paisley Park compound in suburban Minneapolis.

The judge also noted, however, that Bremer's appointment as administrator was only until November 2nd. The Judge ruled that any stipulations to extend beyond that date must be submitted directly to counsel for Prince's heirs for review and would require court approval.

Judge Eide's order addressed the concerns raised by Bremer and by Prince's presumed heirs during an hourlong hearing at the Carver County District Court in Chaska, Minn., on June 7th. At that hearing, Bremer Trust argued that it needed authority to manager the deceased's intellectual property assets. It cited the looming tax bill and noted that, in the wake of Prince's death, it had received a number of lucrative offers for the rights to produce the dead singer's life story for film and TV. 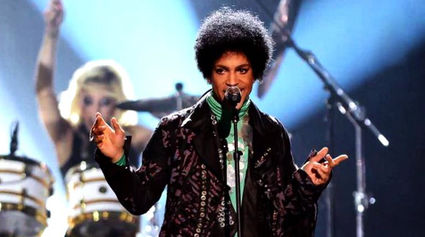 Prince with an afro

Attorneys representing potential heirs offered a variety of responses to Bremer's proposal. Some opposed it and others did not.