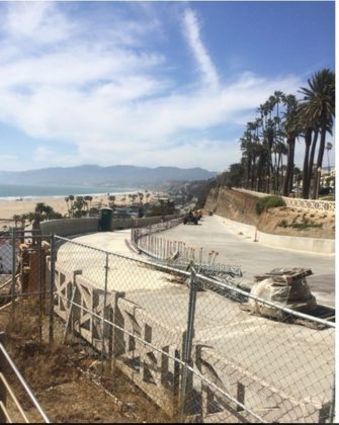 The new California Incline is scheduled to reopen on Friday, September 2, 2016 in time for the Labor Day holiday weekend.

The City originally planned to open the new structure to motorists and pedestrians prior to the Memorial Day weekend; however, the addition of the Idaho Trail Pedestrian Overcrossing to the CA Incline reconstruction project stretched the schedule to late summer. The official opening date is September 2.

The CA Incline, an iconic symbol in Santa Monica, was last renovated in 1930. To meet current seismic standards, the bridge has undergone significant reconstruction and is now a wider, safer bridge with improved bicycle and pedestrian access. The Overcrossing traverses over the Incline providing pedestrian access to the beach from Palisades Park.