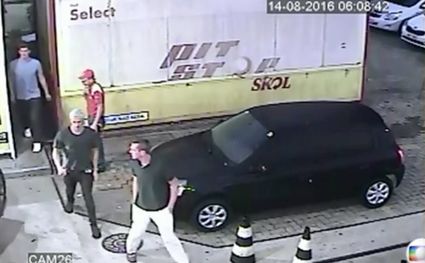 The decision to cut off his contract by Speedo, Ralph Lauren, Airweave mattress and Gentle Hair Removal came after Lochte admitted to “over-exaggerating” the armed-robbery claim, an assertion that overshadowed much of the second week of the Summer Olympics that concluded on Sunday.

Don't count the reality TV star in swimmer out yet however. We could see the Olympic champion potentially becoming a kind of Joe Toyota, a character who appears on comic television commercials to tell wild stories or lie.

His seven Olympic medals put him in a class with only Michael Phelps among American medal winners. Yet his roguish behavior after a party at the 2016 Rio Olympics caused an international incident, after he fabricated a story about being robbed as a way to cover up his nighttime alcohol-fueled vandalism and public urination at a gas station. Who the heck is Ryan Lochte? Is he more famous and therefore, more valuable as a drunken bum? Can you trust a man who urinates on the floor of a gas station bathroom, not to pee in the swimming pool?

Lochte, 32, has apologized repeatedly, though some believe insincerely. Some believe 4 guys hyped up on booze and girls and gold medals; muscular and looking like Adonises, can be expected to misbehave, no?

Popular Figure Prior to Rio

Before the 2012 Summer Olympics, Fortune magazine estimated that Lochte earned $2.3 million from endorsement deals with Speedo, Mutual of Omaha, Gillette, Gatorade, Procter and Gamble, Ralph Lauren, Nissan, and AT&T. Lochte has also appeared in commercials for the Nissan Altima and been featured on the covers of Vogue, Time, Men's Health, and Men's Journal.

National Public Radio named Lochte as their "platonic ideal of bro-dom". I'm not entirely sure what that means, but certainly Lochte's cooler than I ever was in my 20's or 30's.

Comedian and talk show host Seth MacFarlane parodied Lochte in the 2012 season premiere of Saturday Night Live, after which Lochte said he would be open to doing a cameo appearance on the show.

He also showed interest in being a participant on Dancing with the Stars.

What Would Ryan Lochte Do? began airing April 21, 2013 on E! and was cancelled after only one season, five weeks later. Lochte's public persona and character have inspired a series of unflattering internet memes.

Lochte's first 2016 Olympic contest was the 4×200 meter freestyle relay, where he swam both the morning heats and the finals. In the finals, Lochte finished the third leg after Conor Dwyer and Townley Haas. After Lochte's leg, the US had a commanding lead. Phelps anchored the relay to touch the wall first at 7:00.66. This brought his Olympic medal count up to 12 total, making him the second most decorated male Olympic swimmer of all time, second only to Phelps.

Lochte finished in 5th place in the 200-meter individual medley. This was his 4th consecutive final in the event, and the first time he did not medal.

Early Sunday morning, August 14, 2016, Lochte. Jimmy Feigen, Gunnar Bentz and Jack Conger pulled into a gas station in an upscale Rio neighborhood. That had asked their taxi driver to find a bathroom.

Feigen and Lochte claimed they were robbed during the 2016 Summer Olympics in Rio de Janeiro, Brazil, after four men forced them out of their taxi at gunpoint.

The next day, Lochte claimed in an interview with Billy Bush on the Today Show that the four men who stopped their taxi were dressed like Rio de Janeiro police officers.

After Lochte had flown home on August 16, Conger and Bentz were prevented from leaving and their passports were seized to have them testify as witnesses of the incident.

A judge in Brazil also issued a search and seizure warrant for Lochte and Feigen; Feigen subsequently contacted the authorities, and said he would make a public statement when the matter was settled.

Civil Police of Rio de Janeiro concluded that the athletes were not robbed, but instead had been involved in an incident at a gas station in Barra da Tijuca, west of the city.

This investigation found that the swimmers stopped at a gas station near Casa França, where they were involved in a confrontation with security guards regarding vandalism the swimmers had caused in a bathroom while intoxicated. Romero, Sam (August 18, 2016). "The Police Say Ryan Lochte Lied About Gunpoint Assault". The New York Times.

They also claimed that the swimmers had already paid in cash 100 reais ($31) and $20 in U.S. currency as compensation for objects from the bathroom which were damaged, such as a soap holder, a mirror, and a "Please Do Not Enter" sign. Levine, Sam (August 18, 2016). "Brazilian Sources Say Swimmers Fabricated Rio Robbery Story: Report". The Huffington Post. 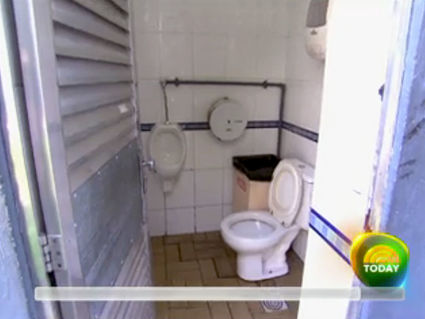 According to anonymous police sources, Conger and Bentz told the police Lochte's story was fabricated. The Associated Press reported that Conger and Bentz "refuted Lochte's claim that the group was held up by armed assailants." On August 18, police recommended Lochte face charges for falsely reporting a crime. On August 19, Lochte posted on Instagram an apology for his behavior.

In Brazil, the incident was condemned for drawing additional attention to crime and violence in Rio de Janeiro. It is interesting to note that none of Lochte's sponsors have suspended their sponsorships of him. He is now back in the US, and probably worth more as a reality TV Star than he was worth two weeks ago.