Assange: Was Seth Rich Shot by the DNC for releasing information to Wikileaks? 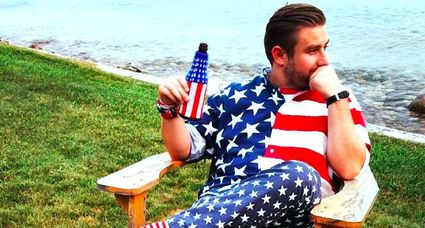 Was Seth Rich killed in retaliation for leaking information to Julian Assange?

Seth C. Rich was fatally shot on July 10, 2016. He was a 27-year-old employee of the Democratic National Committee (DNC). His mysterious murder followed the DNC Email hack. The timing is frankly suspicious. Or just coincidental.

Tonight on FoxNews, Megan Kelly talked about the mysterious murder of Seth Rich, 27, a DC Democratic Party Staffer with Wikileaks founder Julian Assange. At the time of his death, Rich was Deputy Director of "Data-for-Voter Protection/Expansion" at the DNC, where he had been employed for two years. He developed a computer application to assist voters in locating polling stations.

Assange has mention Rich's name before, in reference to the dangers of working for Wikileaks.

Rich was gunned down in an intersection in Georgetown, DC at 4 am. He had been seen drinking just hours before. 19 minutes before he was shot, Rich spoke to his girlfriend.

Police say they have no motive, but are looking at attempted robbery. Rich's watch and wallet however were not taken.

Sources involved with the Newsweek investigation, say Rich had been ruled out of responsibility for the DNC email leak and hack. Kelly asked Assange, "Was your source Seth Rich who was shot in a robbery last month?" he said:

"The police in DC offered $25,000, and Wikileaks offered $20k for information leading to the arrest of his killer. We're not saying his death necessarily is related to our publications, but if there's any question about a source of Wikileaks being threatened, this organization will go after whoever may have killed our source."

"We've received some information, but we don't think it's enough for an indictment. That type of allegation is very serious, and is taken seriously by us."

Kelly: Are you in favor of Trump in this election?

Assange: No. We would publish information about Trump or Clinton. I like to think that any good organization would've published Hillary's e mails. I don't think MSNBC or the NYTimes would have. The allegation by Clinton, who has positioned herself as the security candidate, has accused everyone of being a Russian agent. The Turmp campaign are not Russian agents. It's really hard for us to release anything worse than anything that comes out of DT's mouth every second day. "

Wikileaks released footage of an apache helicopter of the military killing journalists and children in Baghdad. "The US Government had to release that not a single person was hurt by our disclosure. In court in 2013," Assange proudly added.

Rich left the Lou's City Bar in Columbia Heights at 1:45 am and told the bar manager he would go to a nearby bar.[6] The bar manager stated that Rich was not drunk or even tipsy. 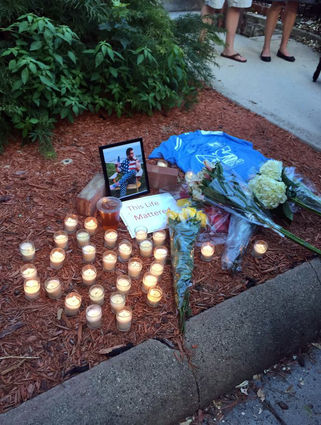 An intersection in Columbia Heights. At the time of his death, Rich was Deputy Director of "Data-for-Voter Protection/Expansion" at the DNC, where he had been employed for two years. He developed a computer application to assist voters in locating polling stations.

Police were alerted to gunfire at 4:20 am by an automated gunfire locator called ShotSpotter.[8][9] Rich was shot[7][10] about a block from his home[11] in the Bloomingdale neighborhood of Washington, D.C. in the vicinity of Howard University.[12][8] His father believes that his son engaged his assailants before he was killed.

He was found conscious but later died in the hospital. Although his belongings were not taken, DC police stated that Rich may have been killed in an attempted robbery.[5] According to police, the neighborhood had been 'plagued' by such robberies. The Metropolitan Police Department posted a customary reward of $25,000 for information about the death.

DNC Chair Debbie Wasserman Schultz issued a statement mourning the loss and praising Rich's work "to protect the most sacred right we share as Americans - the right to vote." Hillary Clinton spoke of this fatality during a speech advocating limiting the availability of guns.