Obama Administration Pushes No Cash Bail System for US Courts

Often poor people languish in jail because they can't make bail, as the wealthy go home. Is it fair? 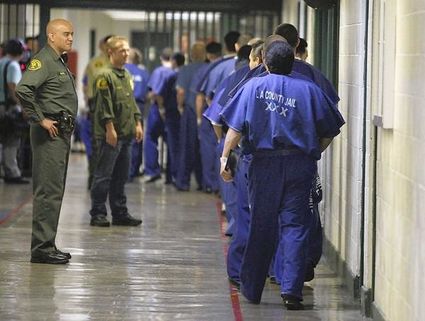 Behind bars at the Los Angeles county men's central jail

In yet another face-off between the liberal left and law enforcement, the Obama Administration filed an amicus brief in a Georgia case that argues the unconstitutionality of fixed bail schedules, a system which doesn't take into account the accused's ability to pay.

​The Georgia case involves a defendant charged with a misdemeanor in Calhoun, Georgia. The town is so small that court is only held once a week. Although the defendant's rights were already violated by holding him for 72 hours prior to arraignment (it should only have been 48), the Obama Administration's focus is on the $160 in bail that was required to obtain a release before this arraignment. The administration's argument is that the use of a fixed bail schedule which did not take into account the defendant's ability to pay violates his rights under the 14th Amendment, the equal protection clause. The argument is that the poor should be granted the same rights as the rich.

​Currently, a bail schedule is usually set by county judges on a yearly basis. This fixed schedule is used by police to set bail for people who are booked into custody and would like to be out of jail prior to their arraignment before a judge. At that arraignment, 48 hours after arrest, a judge considers the criminal charges against the defendant, his criminal history, and any prior failures to appear in court. The judge will then set bail.

The arrestee may appeal the bail amount and ask for an additional hearing in which to do so. Obama's beef is with the fixed schedule that applies before the arraignment.

​On the law enforcement side, the Association of Deputy District Attorneys of Los Angeles County issued a stern press release decrying the White House's position. Setting bail is not constitutional, claims the ADDA, so long as it is "not excessive." Bail is also necessary in ensuring defendants show up for their arraignments and trials. As proof, the ADDA pointed out that once Proposition 47 reduced a great number of felonies to misdemeanors, meaning that defendants were not held pretrial but released on their own recognizance, failures to appear in court soared.

In Monterey County there was a 33 percent increase in failures to appear. This means defendants, often drug users, are walking around free - and not receiving treatment should that have been a result of their court appearance.

​Without fixed bail schedules which allow the police to control possibly violent criminals prior to their arraignments, these potential threats to public safety will be allowed to walk free. The only other solution, 24-hour courtrooms, are unlikely to occur.

​"The assertion that it is unfair to detain a person charged with a crime pre-trial based "solely" on their inability to pay bail begs the question -- who would be in custody if they could pay the bond?" writes the ADDA.

Titled the "No Money Bail Act of 2016," the legislation proposes to completely eliminate the use of money bail. In a press release promoting the idea, Lieu writes, "We cannot both be a nation that believes in the principle of innocent until proven guilty, yet incarcerate over 450,000 Americans who have not been convicted of a crime." 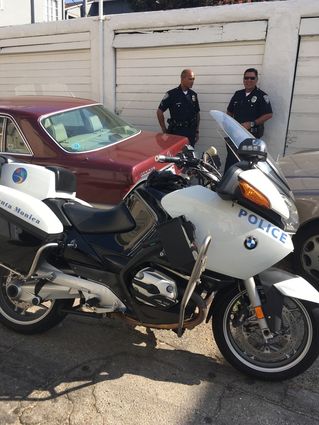 ​While Lieu's desire to help poor people who can't afford bail may be laudable, he provides no insight as to how he intends to protect public safety from potentially violent criminals.

Furthermore, the idea of being innocent until proven guilty applies to a courtroom, not a police station. If that principle applied everywhere, no one would ever be arrested at all. The current system of criminal prosecution demands the government provide a speedy trial. This is the relief the constitution conveys to criminal defendants.

​In the Los Angeles Times, law professor Stephanos Bibas noted that the Supreme Court has not previously included the poor as those protected under the 14th Amendment.