The NCAA and the ACC ought to clean up their own act and stop profiting from sponsors who profit from gross violations of human rights. They put women at risk and are out of touch with reality 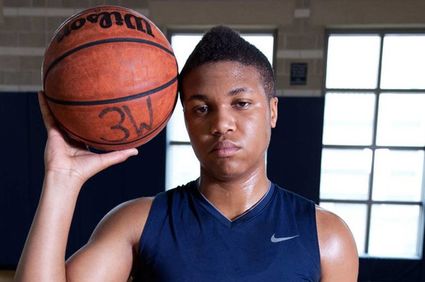 In 2010, Kye Allums became the first openly transgender athlete to compete in NCAA Division I athletics. Allums, who is now a transgender activist and public speaker, came out a transgender man while playing women's basketball at George Washington University.

Two college athletic associations have stated they will boycott North Carolina to protest the state's transgender bathroom laws. North Carolina is among 29 states that will not recognize "sexual orientation" or "gender identity" as protected classes for the purpose of bathrooms. Because of this, both the National Collegiate Athletic Association (NCAA) and the Atlantic Coast Conference (ACC) claim they do not want to the state to profit from championship games that may be held there.

The NCAA will move its Division I,II, and III championships out of state even though this may cost them millions of dollars in fees since the North Carolina arenas had already been booked. Meanwhile, the ACC will moved its December conference from Charlotte, NC, to an unspecified location. (In July, the NBA also decided to move its 2017 All-Star game from Charlotte.)

The decision by the college athletic organizations is difficult to rationalize. By protesting so vociferously merely on the grounds of allowing men and women to use bathrooms opposite their biological gender, they are logically opening the door for men and women to join sports teams opposite their biological gender. Having biological men who, even if they are currently taking hormone replacements, have the muscle mass and strength of biological men enter women's sports is to kill women's sports. Only individuals who were born male and can profit from the increased strength gained by their biology, will be excelling and winning on allegedly women's sports teams. Examples already abound of transgender females surpassing cis-females in high school and college competitions. Bending over backward to award unneeded protections and privileges to a small group of troubled individuals will effectively kill women's sports.

Opposition to allowing biological or transgender men to use women's restrooms is based on the privacy and safety concerns of women. The relatively few actual transgender men who wish to use a woman's public bathroom is not the concern. The concern is the open door (literally) given to male sexual predators to enter women's restrooms and molest or assault women while they are at their most vulnerable. 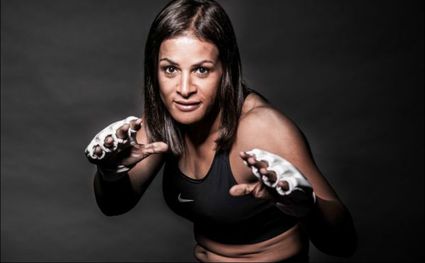 mixed martial arts since 2012, Fallon Fox is the first openly transgender athlete in MMA history. During her three years in the sport, Fallon has amassed a 5-1 record with 3 wins coming by way of knockout.

Examples abound. A man was caught recording women undressing in changing rooms at a Target store in Frisco, Texas. A 51-year-old, cross-dressing male in Georgia entered the women's restroom and exposed himself. In Minneapolis, a 15-year-old boy entered the girls' locker room, where five girls were in various stages of undress as they prepared for a basketball game. The boy disrobed in front of the frightened girls. When the girls and the parents complained, school authorities said they could not prevent boys from using the girls' locker room.

In a letter to the ACC, Rev. Franklin Graham pointed out their fundamental hypocrisy in boycotting North Carolina over bathroom separation laws. Both the ACC and the NCAA " rake in millions of dollars from corporate sponsors who profit from their operations in foreign countries where women and minorities are killed, tortured and treated as slaves."

Matt Staver of Liberty Counsel wrote, "The NCAA and the ACC ought to clean up their own act and stop profiting from sponsors who profit from gross violations of human rights. These athletic associations are putting women at risk and are out of touch with reality."

we do not want men in our bathroom!!! there should be a seperate bathroom for transgendered people. who cares if the incidents are fake or real its too dangerous to let men in womens bathroom. its not the transgendered people we are worried about. its the heterosexual men we are worried about and who will take full advantage of this.this is one of the worst ideas ever. its too risky to take a chance like that. women are still the most victimized people on this planet and it never ends. and women should come first because everyone on this planet trans or not came from a women so our opinion should matter.

Examples abound? Three. Probably not even all true. How many women have been molested by non-transgender men in the United States? Probably three every minute. This is bigoted scare-mongering at its worst.

The three examples of incidents with transgender people are: either a fake story (Frisco Texas), a person convicted using existing laws who was not transgender, a girl in a locker room who happened to be transgender for just being a girl. The last harkens back to whites upset about a black person in a locker room. This article is an opinion piece filled with misinformation.