Morning in America, Again. The Victory of Donald Trump Recalls the Reagan Revolution 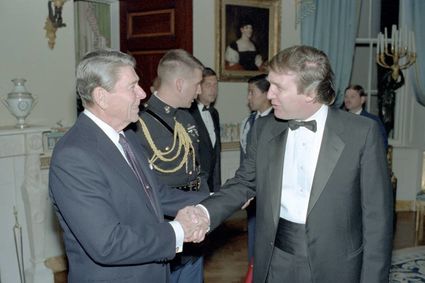 It's morning in America. America won last night. Our system worked. The American people instinctively believed the country was going in the wrong direction and yesterday they said so. I don't believe we elected Donald Trump as our next President as much as we rejected a Hillary Clinton Presidency.

Those who know me know I've not been a Trump supporter. He has said and done many things that concern me greatly. Yesterday, I didn't vote FOR Trump, I voted AGAINST Hillary Clinton, socialism, global governance, climate change, school indoctrination, open borders, censorship, and restricting religious liberty.

Yesterday, as I drove to my polling place I was in tears as I imagined a Hillary Clinton Presidency. She said she'd pass amnesty in the first 100 days. She said she'd appoint Justices that weren't concerned with the Constitution. She said she'd increase taxes and double down on the war on energy.

The entire time Trump was the candidate the polls told us he couldn't win and I believed them. I couldn't listen to the radio all day. I didn't turn on election results until about 8:30pm because I couldn't face another discussion on why Clinton would win. When I finally did I was stunned to see Trump was ahead and it didn't look as if Clinton had a path to victory. I was then glued to the television. My daughters and several of my friends texted me the rest of the night with encouraging words. I watched states that we've been told Trump couldn't win, go to Trump. I watched until they called the election and Trump accepted. 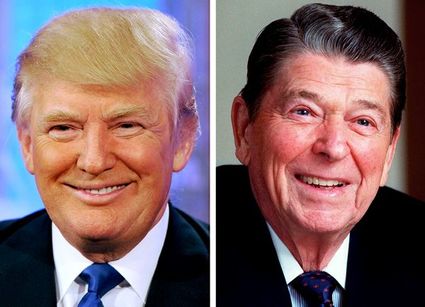 Election of Reagan, like the election of Trump was a rejection of socialism, global governance, climate change, school indoctrination, open borders, censorship, and restricting religious liberty

I must say, I thought Trump's acceptance speech was humble and gracious. It was a uniting speech. He told his opponents he wanted their help and advice. Contrast that to what Obama told his opponents. He told them he won, they lost and he didn't need their input, nor did he seek it during his two terms.

One of the first things President Trump must do is appoint a Supreme Court Justice to replace Antonin Scalia. Who he appoints will tell us if he will honor the promises he has made to us.

My hope is that we can now accept that Conservatives who voiced rational concerns about Trump based on things he has said and done in the past are not our enemies. My hope is that we can forgive our friends we disagreed with. Remember Reagan said, "The person who agrees with you 80 percent of the time is a friend and an ally – not a 20 percent traitor."

I pray for America, I pray Trump will be everything the Trump supporters believe he will be. GOD BLESS AMERICA!