An expression of displeasure with FAA decision to close Santa Monica airport? 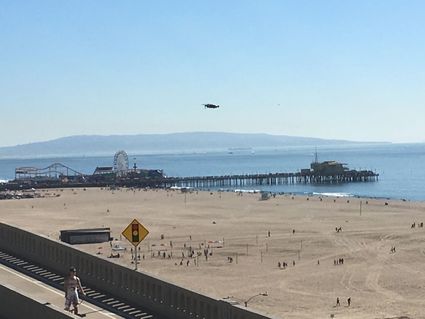 An Unidentified Flying Object was seen to hover over the Santa Monica pier early Sunday afternoon. It was reported by hundreds of onlookers and photographed by many.

Witnesses said the UFO moved up and down, and left and right at a rapid speed, more rapid than conventional human aircraft are capable of flying. After appearing for half an hour, the craft seemed to disappear into the cliffs. 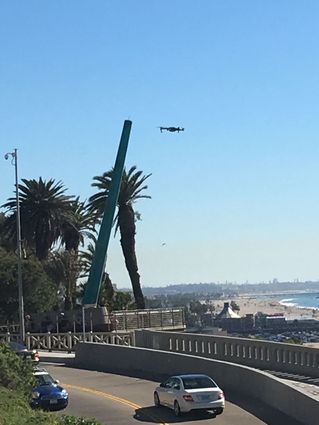 Alien spacecraft transport themselves not just across space but also through time, so the 110-year-old pier is especially interesting as a landmark to time travelers. Parts of it can be seen across 3 centuries, which is important in the space/time continuum.

Appearing the day after the US Federal Aviation Administration and the City of Santa Monica agreed to close the Santa Monica airport in 2029, the UFO was theorized by some to be a sign of alien displeasure. The airport is an important fueling station for aviation now, will be a principal refueling spot for alien aircraft in the future. Others say it was a sign of displeasure with Donald Trump era policy on illegal aliens.

The FAA did not return our call asking for commentary on the story.

Someone needs to get out of Santa Monica a little more. Aliens are upset about Santa Monica airport closing?! Fueling up at the airport?! Lol! When do alien spacecraft need gas?? The space time continuum part was the best!!! SMH. Lay off the drugs Stan!!

It's just someone flying a drone. You can see the blades. Stan, you old hippie, lay off the dope for a minute. It's wrecked your brain.