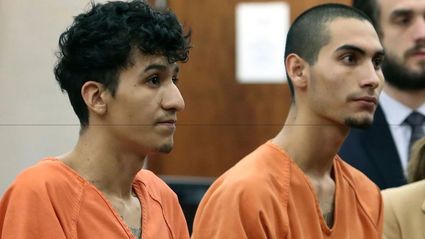 Two illegal alien MS-13 gang members from El Salvador, held three teenage girls against their will and killed one of them in what was described as a satanic ritual, police in Houston said Friday. Meanwhile, a dozen other MS-13 gang members were indicted in New York for killing high school students over a 7 year period.

MS-13, also called Mara Salvatrucha, is said to have been founded in Los Angeles circa 1985, by immigrants fleeing civil war in El Salvador. It is now a major international criminal enterprise.

Miguel Alvarez-Flores, 22, and Diego Hernandez-Rivera, 18, have been arrested and charged with aggravated kidnapping and murder - both first-degree felonies punishable by up to life in prison. Bond has been set at $300,000 for each, but immigration officials said they will keep both behind bars.

The 15-year-old girl's body was found Feb. 16 with gunshot wounds to the face and chest. Homicide detective Sgt. Chris Sturdivant said that the girl's identity has not been officially determined but that investigators are confident they know who she is - a girl reported missing in January in nearby Jersey Village, Texas.

The captives were three "young, impressionable women" ranging in age from 14 to 16 who succumbed to the allure of gang life before being taken to an apartment and held there against their will, Sturdivant said. The 14-year-old girl told investigators that they were fed drugs and alcohol and forced to have sex.

The girl said the 15-year-old was killed in a satanic ritual because she had struck the gang's shrine to a satanic saint, according to investigators. She told investigators that Alvarez-Flores made a peace offering to the figure in the form of a cigarette.

"He returned from the statue and told the entire group that the beast did not want a material offering but wanted a soul," state District Judge Maria Jackson said during the men's initial court appearance Wednesday.

The 14-year-old said she later awoke to find the 15-year-old gone, according to investigators. The case comes as President Trump is promoting concerns over criminal immigrants living in the United States illegally.

He has announced that he plans to create an agency, called Victims of Immigration Crime Engagement, or VOICE, to serve victims of crimes committed by such immigrants. It would be part of the Department of Homeland Security.

"The majority of the MS-13 members we come into contact with are here illegally," Sturdivant said. Attorneys for Alvarez-Flores and Hernandez-Rivera did not immediately return calls Friday night.

Sturdivant said both men admitted their involvement in the abductions and killing after their arrests Monday. An FBI multi-jurisdictional anti-gang task force continues to investigate, and Sturdivant said authorities are seeking other gang members who were possibly involved in the crimes.

More than a dozen members of the MS-13 gang were indicted Thursday on seven killings on Long Island spanning three years, including the deaths of several high school students last year.

According to the FBI members of La Mara Salvatrucha, better known as MS-13, are mostly Salvadoran nationals or first generation Salvadoran-Americans, but also Hondurans, Guatemalans, Mexicans, and other Central and South American immigrants. (Credit: FBI)

The US Attorney’s Office for the Eastern District of New York said the 13 members of MS-13, face offenses including seven murder charges, racketeering, attempted murder, assault, obstruction of justice and arson in the 41-count indictment unsealed Thursday in federal court in Central Islip, New York.

Two of the students — Nisa Mickens, 15, and Kayla Cuevas, 16 — were beaten with baseball bats and a machete, Capers said. The girls attended Brentwood High School in Brentwood, a working-class community in Suffolk County, about 45 miles east of New York City.

At the time, police said there appeared to be gang involvement in the girls’ deaths and the deaths of two others, whose skeletal remains were found after they had been missing for months. Police have not announced arrests in the latter two deaths.

“The Brentwood family has spent the last six months in mourning, but today marks the beginning of the healing process for this beautiful and resilient community,” Suffolk County Police Commissioner Timothy Sini said. 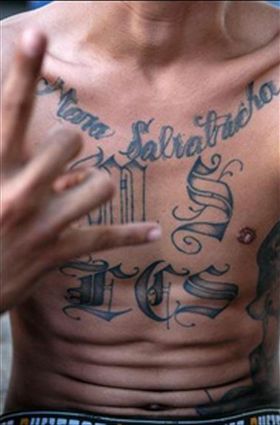 According to the FBI members of La Mara Salvatrucha, better known as MS-13, are mostly Salvadoran nationals or first generation Salvadoran-Americans, but also Hondurans, Guatemalans, Mexicans, and other Central and South American immigrants.

On September 13, gang members went looking for rival gang members to kill in Brentwood, authorities said. Prosecutors said gang members, including one man who was indicted, saw the two best friends. The girls had gone for a walk that night, News 12 Long island reported.

They recognized Kayla, and got permission to kill the girls from two gang leaders, who were also indicted, authorities said. A passerby found Nisa’s body on a Brentwood street on September 13, the eve of her 16th birthday, Sini said. The next day, Kayla’s body was discovered in the backyard of a nearby home.

“My message to the people of Brentwood and all of Suffolk County is that although we are keenly aware that nothing will ever undue the heartbreaking loss of Nisa and Kayla, we can take solace in the fact that their savage murderers will be held accountable,” Sini said.