By Letter to the Editor 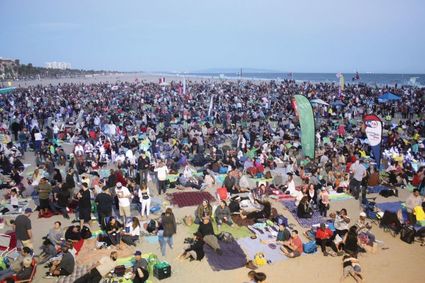 Crowds at the Santa Monica Pier Concerts have grown larger year after year.

Editor's Note: So many people attended the pier Concert last Thursday 6/22/17, that the Santa Monica Police Department tweeted for people to "avoid the area around the Santa Monica Pier." On social media, some are wondering if we should continue with the pier concert series. After all, the 4th of July fireworks display used to take place near the pier, and that was cancelled after too many people produced too much violence. Santa Monica Police Chief Jacqueline Seabrooks has called the series "out of control."

What follows is a letter to the editor we received after the most recent concert, from a Santa Monica resident:

My grown kids (32-40) like to attend the summer music events held on the Santa Monica Pier each year. This year the first concert was so crowded they said there were more people in attendance than there were at Coachella last year--an international multi-concert held in desert--a HUGE venue designed for many thousands of concert goers. My kids all agreed that this last Santa Monica Concert WAS NOT FUN! There were simply TOO MANY people = chaos.

Bus drivers /taxi drivers say it's a driving nightmare! What started out as a local event has escalated to a mad free-for-all for a growing population of concert goers. This SM Pier concert series has become a victim of its own success. The managers of the event should give out wrist bands PRIOR to the event--free of charge, first come first serve, which must be picked up locally - a week or so prior to the event. NO WRIST BAND-NO ENTRY! into the beach park or the public parking areas.

The number of wrist bands should be a reasonable and manageable number. Please note, there are DOZENS of summer music events held throughout the Los Angeles park system--all summer long--so no one has to be deprived of their summer music fun. Bottom line, a city council effort and/or parks and recreation effort MUST be made to keep these events local for the peace of mind of local residents, plus preventing these serious traffic nightmares from occurring. Just my 2 cents.

Hoping for a better community,

(A couple of comments from http://www.nextdoor.com:)

"I had a wonderful evening there, no traffic on the bike lanes and everyone around was wonderful. I will be attending the next one given, if you want donations for the homeless u should consider corporate tax write-offs Google and snap chat can afford to feed all of the homeless, this is a donation to the hardworking people and does bring revenue to the coastal area." 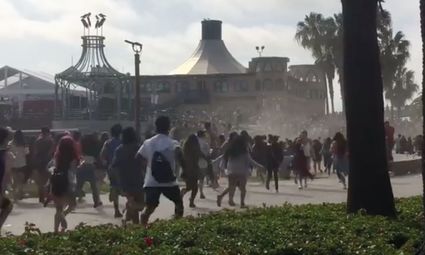 "@George Hernandez Yes, it would be wonderful if everyone rode their bike--but unfortunately that is NOT the case --traffic is out of control...literally--there are two many concert attendees who clog the streets to the point of making it impossible for safety vehicles to access the area, also making it impossible for buses to maintain their normal routes--they get stuck in gridlock traffic (along with others) for almost the entire evening. It may be fun for you perhaps, but not for the MANY others who live in and around Santa Monica-- e.g.the traffic is a nightmare as I said in my original post, not to mention there were TOO MANY people on the pier (exceeding pier safely limits?) What if the pier fell down? How many injuries/deaths would that result in? Yes, summer concerts can be fun, but only if there is a reasonable amount of people attending. Maybe if Santa Monica CLOSED the city parking lots on concert days so people would have to walk or ride a bike to the event--that might help reduce the traffic problem and prevent potential other problems as well."