Some cannot conscience someone with his views conducting an orchestra, even 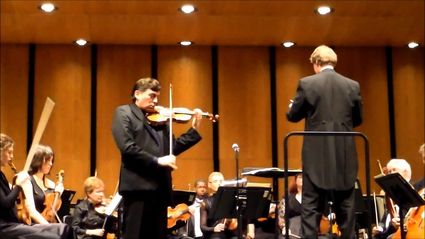 In yet another example of how polarized our country has become, an online petition calls on musicians to boycott a concert of the Santa Monica Symphony to be guest conducted next month by Dennis Prager. He is a radio host whom some consider to be right wing, and the left cannot tolerate the right lately.

Some cannot conscience someone with his views conducting an orchestra, even though he won't say anything. Now that's tolerance for you!

Prager has been 'enthusiastically' invited by Santa Monica's conductor Guido Lamell. He is not a trained conductor, say the musicians who are organizing the petition, but that's the least of their objections.

Prager sometimes speaks controversially. For example, he recently said 'The news media in the West pose a far greater danger to Western civilization than Russia does," referring to the almost universal disdain the main stream media has for President Donald Trump. 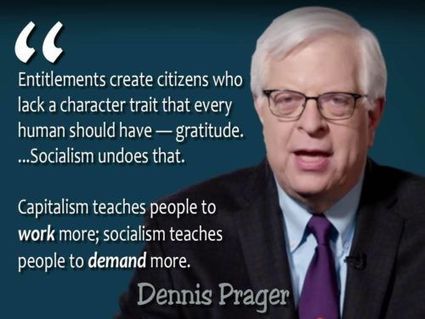 "This is absurd," said one man identified online as Unger. "Even if the man's right wing views are of questionable value, the banishment by intolerant liberals of people whose views disagree with theirs is far more damaging. I would surely ban him on the basis of being a non musician but never for his political or religious views. Too often liberals are just as 'checked out' as their nemeses."

"Totally agree," wrote a woman identified online as Holly Golightly. "The authoritarian impulses of the Left mean they've completely forgotten the body count of their Lefty idol Stalin and the continuing atrocities in that socialist paradise, China; oh, and Cuba. Where to stop?"

"More repression from the "libertarian" Thought Police. Prager has guts and says what is unfashionable. He doesn't follow the herd and group-think. Instead he advocates for personal responsibility!! What a novel and threatening idea!!!!" Wrote a third poster.

The Santa Monica Symphony Orchestra has provided free classical music concerts to audiences locally since 1945. Members are not paid for their performances.