Maybe the Mayans Made a Typo--Doomsday Predictors Now Claim the World Ends on September 23, 2017 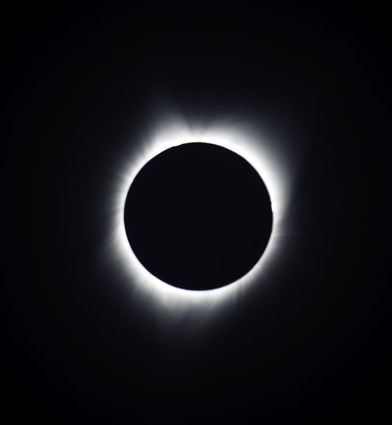 Photo of the Great American Coast-To-Coast Total Eclipse as it entered the United States at Lincoln City, Oregon, on August 21, 2017.

Not even a month after the United States was united in darkness for reasons other than the Trump Administration (i.e., the Great American Coast-To-Coast Total Eclipse), North America appears to be headed toward a cataclysmic demise. First, there was Hurricane Harvey, which basically swallowed Houston.

Then came Hurricane Irma, a Category 5 storm that was so powerful it sucked up all the water from the ocean in parts of the Bahamas and turned Richard Branson's once luxurious paradise island into a wasteland. Then Mexico's southern coast was hammered with an 8.1 earthquake and Mexico City was subsequently hit by a 7.1 earthquake. And now we have raging fires all over Montana, nearly 40,000 lightning strikes during a 24 hour period all across Southern California, Hurricane Maria barreling toward Puerto Rico, and, of course, that pesky 3.6 tremor in Westwood Village.

Are all these cataclysmic events just random coincidences? Did the effects of global warming suddenly spiral out of control after Trump denied climate change? Or are these true signs that the End of Days is near? Many say they are.

Consider Planet X. Some Doomsday predictors have proposed that there is a super secret planet that NASA denies exists that is on a collision course with Earth (no Pluto, I'm not talking about you). The planet has been called by many names, most commonly Planet X or Nibiru. Doomsday predictors claim that Planet X is traversing a large oval path while circling a brown dwarf called Nemesis, which is supposedly the companion star to our sun. This large oval path makes Planet X nearly impossible to detect until it appears out of nowhere and either crashes into Earth or swings by so closely that it pulls Earth off its axis – triggering Armageddon. The reason we can't normally see Planet X is because it is currently hidden behind the sun. But if we stare at the sun and squint long enough we might be able to see it. Or go blind. Or both.

So why does the world end on September 23, 2017? Well, this calculation dates back to Revelation 12:1-2, which states, "A great sign appeared in heaven: a woman clothed with the sun, with the moon under her feet and a crown of twelve stars on her head. She was pregnant and cried out in pain as she was about to give birth."

Doomsday predictors have interpreted this to mean that the Rapture will begin when constellations of Virgo and Leo, the sun, the moon, and several other planets all unite over Jerusalem taking the form of a pissed off pregnant woman about to give birth without any anesthetic – which conveniently happens this Saturday. So there you have it folks, we're doomed! Or not... 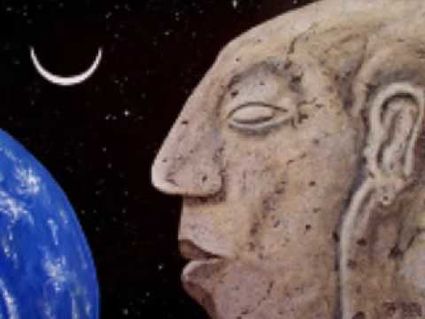 Doomsday predictors realize that the world may not actually end on September 23, 2017, any more than it ended at the end of the Mayan calendar on December 21, 2012, or on January 1, 2000 – when planes were supposed to fall from the sky due to Y2K. So they have built in an exit strategy.

If the world does not actually end on September 23, 2017, September 23rd will still be viewed as a Biblical sign that the End of Days is near. So the real question is not whether and when exactly the world will end, but how? Planet X, of course! If the human race somehow manages to survive September 23rd, Planet X will crash into Earth in October 2017 and we're all doomed, one way or the other.

So, it's time to live life to the fullest. Quit your job, tell your family you love them, and then take out your Bucket List and try to cross a few things off. Like that cruise to the Caribbean that you've put off until a rainy day. I hear you can get some great bargains right about now!