Will Sustainable, Self Composting Toilets also be safe? 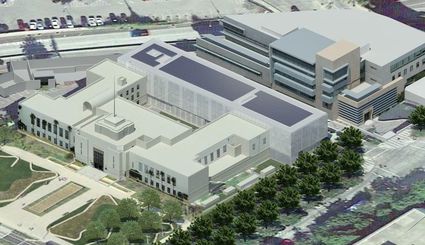 At the same time that Homelessness has caused an epidemic in Hepatitis A and B among the County's homeless problem, the City of Santa Monica is about to spend $140 million to construct a City Hall Annex, with self-composting toilets.

Exposure to human waste causes hepatitis outbreaks in the Third World, and among homeless populations in Southern California. In San Diego County, 19 homeless men have died so far this year of the disease. Will these experimental high technology toilets work as the City of Santa Monica intended?

"Hepatitis A is a very serious and growing problem in Southern California and Santa Monica is about to begin construction on a $140 million dollar "Boondoggle" annex to our city hall that will have public Composting Toilets. Maybe not such a good decision..." writes David Garden a concerned local resident who has connected the two stories on Facebook and other social media.

The project's cost of $86 million will be financed with lease revenue bonds at 3.25%. The 20 year total cost is therefore $141 million. A redundant standard sewer system will also be built in case the composting toilets fail.

"Any day now a recently hired building official may be signing off on the construction permit for the building project," writes David Garden, citing unknown sources at Santa Monica City Hall. "This building official will be overruling some of his senior staff members and a special outside plumbing consultant who was hired to write a report about the Composting Toilets. The special consultant's report did not approve the Composting Toilets," writes Garden.

Local Resident David Garden filed a Freedom of Information Act (FOIA) request for e-mails and documents about the composting toilets in the "City Services Building" or Annex with the Santa Monica City Clerk's office.

On October 4th, Garden requested "a copy of every single written document that can be found relating to the composting toilets and the city services building as well as any kind of additional documents that may be related to the permitting of this part of the project. This should include all of the, "Alternative Means and Materials" documentation."

The City Attorney's office describes the request as over broad and unduly burdensome. "By devoting so much time to your overly broad and burdensome request, the City would be neglecting other requests for information, as well as compromising administrative duties which serve public safety and welfare." This from Rebecca Katsura, Public Records Coordinator for the Santa Monica City Attorney's office, in a letter dated October 16, 2017.

We have previously described the 50,000 square foot City Hall Annex as the most expensive public building ever built in this country. It is meant to showcase sustainable living, in addition to providing workspace for 150 or so City staff. On a square foot basis, the project will cost $1720 a foot at $86 million. 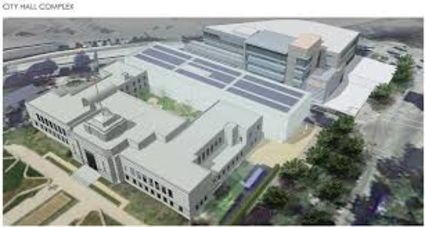 Including the interest over the 20 year life of the bonds, brings the cost of the project to

Homeadvisor.com reports the average cost to build a new house comes in at $286,939, which would put a 2,000 square foot home costing about $150 per square foot. Santa Monica intends to spend more than ten times as per square foot on the Annex.