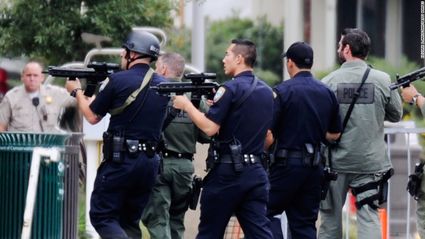 The gunman enters the college library wearing black fatigues. He left a suicide note, five dead people, and a lot of questions.

An episode of Active Shooter: America Under Fire will feature the 2013 Santa Monica College Shooting. The episode will air on Showtime on Friday, November 3, 2017 at 9 pm.

On June 7, 2013, a killing spree occurred in Santa Monica that left a total of five people dead, including the gunman, and injured five others. The incident started several miles off-campus before the gunman traveled to SMC and entered the College's library, where he was later fatally shot by police. School officials put the campus on lockdown as Los Angeles Police Department officers, including SWAT, cleared the campus. Local law enforcement stated that they did not view the incident as a "school shooting" because the incident started off-campus

ACTIVE SHOOTER: AMERICA UNDER FIRE is an eight-part documentary series that explores mass casualty shootings. It hopes to "inspire a more thoughtful and sober dialog" 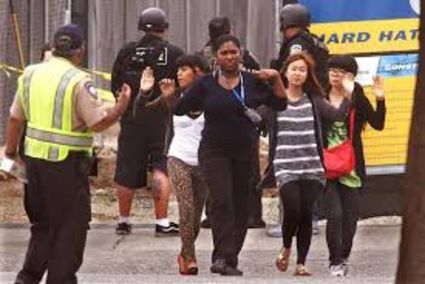 "Each of the eight episodes chronicles a different mass shooting from the perspective of the victims and heroic first responders offering a comprehensive, authentic examination of each tragedy.

Within each incident, there are stories of extraordinary bravery and compassion as well as the factors that led to the deadly day. From Aurora to Orlando, the powers of storytelling and filmmaking inspire a new narrative about the mass shooting epidemic, where dialogue can supplant debate, and where the lives and loss of the victims can be felt by the audience to offer a new appreciation for the gravity of this pandemic and the urgent need to confront it.