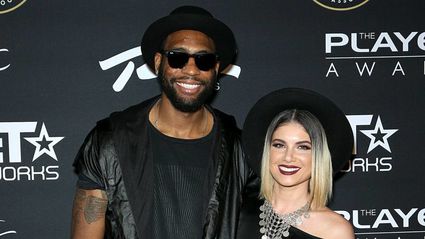 Rasual Butler and his wife singer Leah LaBelle made a beautiful couple who died young.

Police sources say the Range Rover driven by Rasual Butler the night he died, contained over half a pound of high grade commercial marijuana, and that Butler had been smoking it when he drove his Range Rover off a bridge and into a shopping center on Ventura Blvd in Studio City.

Based on evidence found in the vehicle, Butler had also consumed other drugs the night of his death, though exactly what will have to wait for toxicology reports. But it was obvious that the pair had been "hot boxing" the Range Rover--the windows were up and the car was full of smoke when it plunged off the bridge.

Recreational marijuana use is legal in California as of the first of the year. Hot boxing, or driving under the influence, is not.

It is perhaps not surprising that the driver of a vehicle that drove at high speed off a bridge and into a shopping center, flipping over, had been consuming some sort of intoxicant, police added.

On January 31, 2018, Leah LaBelle and her husband, former American professional basketball player Rasual Butler, were both killed in a car accident in Studio City, California after Butler lost control of his Range Rover on Ventura Boulevard. 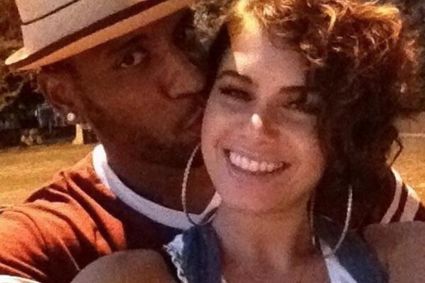 Butler, 3 was a professional basketball player. In his 14-year National Basketball Association (NBA) career, he played for the Miami Heat, New Orleans Hornets, Los Angeles Clippers, Chicago Bulls, Toronto Raptors, Indiana Pacers, Washington Wizards and San Antonio Spurs. He was born in Philadelphia, and raised in the Point Breeze area of South Philadelphia. After playing college basketball at La Salle, he was drafted in second round of the 2002 NBA draft by the Heat.

Leah LaBelle Vladowski, (31) known professionally as Leah LaBelle, was an R&B singer for Epic Records/So So Def Recordings. LaBelle was the twelfth place finalist on the third season of American Idol, as the wild card selection of Paula Abdul. In April of 2012 she was reportedly recording her debut studio album and a single was released. She also gained popularity and a large following by posting cover videos on YouTube, for several years.

This entire article and report on this incident couldn’t be any more false. First of all, there was no bridge involved at the scene of the incident. For someone who has done such a thorough investigation, one would think they would have known where and how the incident occurred in the first place. Secondly, unless you are the toxicologist, there’s no possible way that you would have any information as to what was in the victims’ systems at the time the incident took place. How can you point out “obvious” signs like windows being up (at 2:30am) and smoke coming from the vehicle? The car was demolished completely, of course there is going to be smoke, debris and other particles after a car makes contact with a fixed barrier at well over 80 mph. All in all, do more research and check your facts before coming on a public page spewing absolute nonsense. The Santa Monica Observer should definitely be upset/embarrassed to represent this article.