UC Berkeley, Evergreeen State College, Among The Most Restrictive of Free Speech 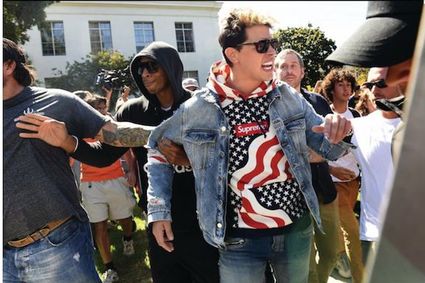 By Bradford Richardson, reposted because of its urgency.

Harvard University and the University of California at Berkeley are used to being ranked among America's top colleges, but a ranking issued by a campus watchdog on Monday isn't much to write home about.

Both schools are included on the Foundation for Individual Rights in Education's annual list of the 10 worst colleges for free speech.

"This type of censorship makes for a sterile environment where lively debate and discussion can't thrive," Mr. Shibley said in a statement. "The public deserves to know which colleges will defend free expression - and which ones will go to seemingly any length to silence it."

Harvard, which makes its fourth appearance on the list since 2012, is on track to implement a policy this semester blacklisting off-campus, single-gender groups such as sororities, fraternities and finals clubs.

Under the policy, members of single-gender clubs are ineligible for certain academic honors, such Rhodes and Marshall scholarships, and are banned from leadership positions of on-campus organizations and athletic teams.

The elite university in Cambridge, Massachusetts, also rescinded offers of admission from 10 incoming students who shared offensive jokes in a private Facebook group.

Students at Berkeley earned their institution a spot on the list last February, when they violently protested a scheduled lecture by former Breitbart editor Milo Yiannopoulos. Protesters set fires, hurled Molotov cocktails, smashed storefront windows and used poles to beat students who tried to attend the lecture. The riots caused an estimated $100,000 in damages.

Other abuses cited in the worst-of-the-worst list include administrators who tear down posters, fence students into "free speech zones" and investigate faculty members who criticize institutional policy.

In September, Northwestern University launched a Title IX investigation against professor Laura Kipnis over an essay she wrote about "sexual paranoia" on campus.

It was the second Title IX investigation initiated against Ms. Kipnis - the first, ironically, over an essay she wrote criticizing Title IX abuses. She was cleared of wrongdoing both times.

Evergreen State College, a small liberal arts college, made its first appearance on rights group's list after students harassed biology professor Bret Weinstein into teaching off campus out of fear for his safety. Mr. Weinstein had publicly refused to participate in a "Day of Absence" in which all white people on campus were asked to leave.

In days of rampage that brought campus activities to a standstill, mobs of students carried baseball bats, occupied the library, surrounded the president's office and issued frequent demands of the administration and faculty.

The school ended up paying Mr. Weinstein $500,000 in a settlement because he and his wife, also a professor, were not able to return to campus safely.

Coinciding with the release of the annual list, the Foundation for Individual Rights in Education awarded a first-of-its-kind Lifetime Censorship Award to DePaul University "in recognition of its decadelong rap sheet of suppressing speech at every turn."

Perhaps the foundation's most decorated school when it comes to infringing upon free speech, DePaul has a long record of shutting down protests, levying harassment charges against students whose speech runs afoul of the university and forcing students to pay thousands of dollars in security fees to host speakers. 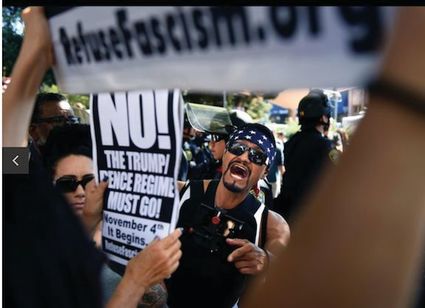 Most recently, DePaul administrators forced the College Republicans to pay for 20 Chicago Police Department officers to provide security for an event featuring Mr. Yiannopoulos. Campus officials, however, reportedly ordered the officers to stand down when protesters rushed the stage, and the event devolved into chaos. Mr. Yiannopoulos was banned from the campus following the lecture.

Peter Wood, president of the National Association of Scholars, said free speech will continue to be imperiled in higher education until structural problems, such as intellectually homogeneous faculty, are addressed.

"I think it's going to get worse for a while," Mr. Wood said Monday on "Fox & Friends." "For the last three years, we've seen almost nonstop shout-downs, protests, infringements of the freedom to express dissenting views of any sort."