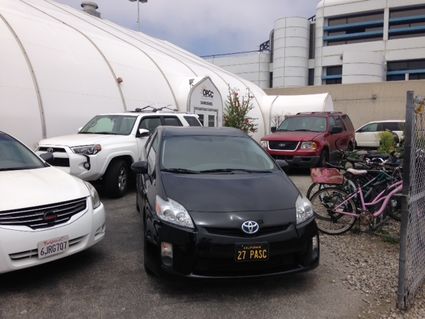 The homeless count is a cause for celebration for homeless services providers because it gives them an idea of how much public funding they will be receiving to sustain themselves for another year.

Every year the City counts its unhoused residents, and based on those numbers and other statistics disburses about $1.6M in taxpayer dollars to its main homeless services provider, OPCC. This is a great deal for OPCC because the public funding flows to them without any accountability measures built into the grant agreement. The unfortunate consequence is that many of this provider's clients will tell you that OPCC actually stands for "Oppressing People, Collecting Cash."

The Santa Monica City Council and City staff have heard about the abuses of homeless individuals by OPCC for at least two years now. These concerns have also been presented to three city commissions: Disabilities, Housing and Social Services. All these commissions washed their hands of the OPCC concerns. The City Attorney expressly advised the Social Services Commission to forego agendizing the OPCC concerns - in an apparent attempt to prevent the OPCC scandal from growing. This is an ongoing effort at cover up. Last year two consumer complaints were filed by Concerned Citizens with the City Attorney's Office and the response produced by the City Attorney can only be described as blatant whitewash.

Why would the City Attorney, City Council, city commissions, Human Services Division, and City Manager be so allergic to the idea of properly evaluating the OPCC concerns? Perhaps it is because the City is complicit in enabling and funding a provider of substandard homeless services, who has engaged in unlawful operations for years. For the City, keeping this misuse of public funding under wraps is more important than the safety, wellbeing and civil rights of its homeless population.

Some of the OPCC programs in Santa Monica are partially funded by LAHSA - the joint Los Angeles City and County Homeless Services Authority.

LAHSA's most recent monitoring review of OPCC is alarming. The findings include unmet performance targets, noncompliance with contract provisions, insufficient documentation of reported outcomes, insufficient documentation of homelessness, failure to follow internal controls, inadequate written policies and procedures, under utilization of program funding, and failure to utilize program funds in accordance with the contract budget. Even more alarmingly, many of these findings are repeat ones from the prior year. 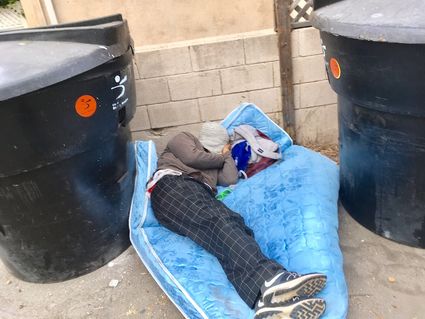 Despite the evidence of unlawful operations, poor evaluation results by LAHSA, and the concerns about non-functioning grievance procedure, civil rights violations, abuse and neglect by untrained staff, the City not only stands by OPCC and puts a lid on any effort to publicly review this provider's programs, the City appointed OPCC Executive Director John Maceri, as a co-Chair of its Steering Committee on Homelessness. One can only wonder where Mr. Maceri is going to steer us to, considering his questionable stewardship of OPCC and apparent dislike for the law.

If you read the letters that current OPCC clients wrote to the editor of the Santa Monica Observer a couple weeks ago, you know that under Mr. Maceri's management, OPCC staff puts a female client suffering from severe night terrors on the cold patio for the night-- all while collecting public funding for this client. This is just one example of the inhumane treatment of an ill, unhoused resident that the supposedly progressive City of Santa Monica not only condones but funds. It appears that this client is just another statistic caught up in the shell game this City and OPCC engage in. Until next year, long live the homeless count!

Olga's article is well written and informative. If you need even more details she has them. She knows exactly what she is talking about. I had minimal experience with OPCC , I chose not to stay there but they told me they were full anyway but I was blatantly lied to by the person who was supposed to be helping me get a place to live...I was never called back. I saw people freaking out all the time (the place on 26th street) and it was totally scary and out of control in there. Nobody knew who was in charge and what was going on. The City being complicit does not shock me at all. The city fakes that they care about this issues. Look around. The HA is useless and everyone wants to blame some other department. The buck stops with OPCC's head guy and with the City Manager. They both need to go.

First of all, Sal565, who cares if you feel the picture is misleading cos you seem to have missed the point of the WHOLE story! Have you been housed by these jokers who claim they are The People's Concern? Experienced ANY of their services? Slept on the street when you spoke out about being physically or sexually assaulted? Don't get me wrong, there ARE a handful of decent, caring staff. The new or most recent director, Isabelle, isn't one of them. I thought she was but experience says otherwise. I can accept my own accountability, but that's why needed help. I sat in her office, looked her in the eye, told her my truth and she said she would help. She lied. Not only did she lie to me but to every woman in there. One of the girls was sexually assaulted on property and she said she cared. But we had to petition to have him removed, not have him lock his bike on the women's patio and me and the girl involved spent more nights outside cos of protesting this than the predator ever did.

The city was informed about this back in 2013. I filed an official complaint and invited two OPCC staff members to discuss this in my home. Followed up with Human Services department and it has gone nowhere. Furthermore, I brought it to the discussion at the Sunset Park Community Conversation held at the Fairview branch library. There comes a time when silence is betrayal ~Martin Luther King Jr.

Actually, both ends of Samoshel's semi-circular driveway were usually blocked by parked staff cars until a couple days ago. The City was on notice of the obstructed driveway and resulting safety hazard at least since May 2017 when a consumer complaint about OPCC was filed with the City Attorney's Office. The City did not lift a finger for about ten months. But now that this is in the Observer, and an email was sent to the City and other potentially liable parties with pictures of the driveway blocked on each end, Assistant Fire Marshall Brad Lomas claims that the city is in the process of developing a plan to prevent any obstructions of egress paths in the future. When I walked by Samoshel earlier today, in fact there was no obstruction of the driveway anymore. It's a miracle!... But... still no disabled parking or any parking for the clients.

I live just around the corner from this place. The picture is misleading as there is obviously another entrance to the right of this picture. Any fool can see that all these cars did not back up into thses spot.