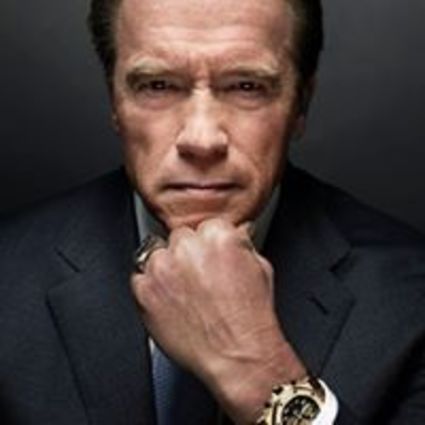 During Thursday's surgery at Cedars-Sinai Medical Center doctors replaced a valve in his heart, the LA Times reported citing his spokesman.

The pulmonic valve, which was originally installed in 1997 due to a congenital heart defect, had to be replaced due to its age, TMZ reported.

During the scheduled procedure, which was supposed to be a less invasive catheter valve replacement, complications arose and doctors had to step in and perform open-heart surgery to replace the valve, according to the reports.

The 70-year old, who was California's governor form 2003 to 2011, is reportedly in stable condition and recovering from the surgery.

Schwarzenegger served two terms as the 38th Governor of California from 2003 to 2011.

He began weight training at the age of 15. He won the Mr. Universe title at age 20 and went on to win the Mr. Olympia contest seven times, remaining a prominent presence in bodybuilding and writing many books and articles on the sport. The Arnold Sports Festival, considered one of the best professional bodybuilding competitions in recent years, is named after him. He is widely considered to be one of the greatest bodybuilders of all time as well as that sport's most charismatic ambassador.

Schwarzenegger gained worldwide fame as a Hollywood action-film icon. His breakthrough film was the sword-and-sorcery epic Conan the Barbarian in 1982, a box-office hit that resulted in a sequel.[3] In 1984, he appeared in the title role of James Cameron's critically and commercially successful science-fiction thriller film The Terminator. He subsequently reprised the Terminator character in the franchise's later installments: Terminator 2: Judgment Day (1991), Terminator 3: Rise of the Machines (2003), and Terminator Genisys (2015).[3][4][5] He has appeared in a number of successful films, such as Commando (1985), The Running Man (1987), Predator (1987), Twins (1988), Total Recall (1990), Kindergarten Cop (1990), and True Lies (1994).

As a Republican, Schwarzenegger was first elected on October 7, 2003, in a special recall election to replace then-Governor Gray Davis. He was sworn in on November 17, to serve the remainder of Davis' term. He was then re-elected in the 2006 California gubernatorial election, to serve a full term as governor.

In 2011, he completed his second term as governor and returned to acting. Schwarzenegger was nicknamed "the Austrian Oak" in his bodybuilding days, "Arnie" during his acting career, and "The Governator" (a portmanteau of "Governor" and "Terminator") during his political career.