"Money For Kids and Education, not for Billionaire's Profit Making!" 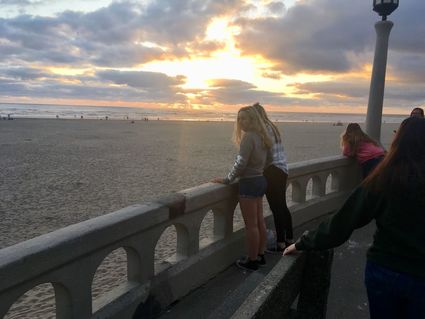 California requires LAUSD to have a one per cent reserve, yet the district is projecting a 24 per cent by the end of 2018. The teachers were demanding for the money to go to the schools and educators.

United Teachers of Los Angeles have joined the teacher rebellion that’s been sweeping the country from West Virginia to California.

More than 12,000 union and community members marched in the “Rally for Respect” demonstration this past Thursday.

Teachers sent out their message to  LAUSD and the new superintendent, Austin Beutner.  They demand a fair contract and a sustainable school district for all.

LAUSD educators have been working without a contract for one year

At the “All in for Respect Rally,” teachers demonstrated for fair pay, less standardized testing, regulation of charter schools, lower class sizes, a fair contract,  school safety, and more.

UTLA president, Alex Caputo-Pearl, said, “This District must decide if it is on the side of parents, students and educators, or if they will join the ranks of those who want to close public schools, fire educators, and destroy public education.”

One of the key issues the teachers were focusing on was to end privatization.  The funds of public schools are plummeting as a result of the increase of charter schools.

The time is urgent, which Caputo Pearl emphasized in his speech at the rally when he said, “The time to change the direction of LAUSD and the state of California is right now!”

Only about one third of the 31,000 UTLA members showed up in red at the rally for respect.

At the heart of this existential threat to teachers’ jobs and to LAUSD, is the 287 per cent unregulated growth of charter schools which has annually drained $550 million from LA Public Schools.

This bleeding of funds continues in the wake of the new Superintendent Austin Beutner.   UTLA president, Alex Caputo –Pearl, in a call message to all members, said that Beutner is a “billionaire investment banker with zero qualifications.”  .

Teachers clad in red, and holding red bells, hoisted red banners with bold print up to the sky stating their numerous demands.

One banner read, “Arm me with Resources.”  There is a projected $1.7 billion in unrestricted reserves.  The teachers demand the money to go to the schools and educators.

Teachers were also holding the banner, “Class Size Matters.” California ranks 48 out of 50 in teacher to student ratio and LAUSD teachers have among the largest class sizes in the state. California, however, is the 5th largest economy in the world.

One theme at the rally was an attack on newly appointed Superintendent Ausin Beutner.

"Money for kids and education, not for billionaire profit-making, “ was one of the chants.

The seven member board, which has four charter backed members, voted 5 to 2 to approve former investment banker, Beutner.

Rebellious voices of UTLA members, held a  banner that said, ”Billionaires Can’t Run Our Schools.”  Beutner, however, said, according to the LA Times, “We all share the same goal, improve the education and lives of our students.”

At the rally, a teacher, Carolina Rosas of Walnut Park Elementary said, “Since when and where does it say that public funding can be given to be used at the ‘discretion’ of a charter school to decide who gets an education?” 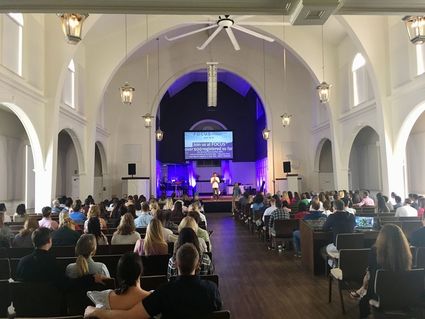 Another banner stated another demand, "Less Testing & More Teaching."  There are 100 plus standardized LAUSD tests

English teacher, Sarah Stockton of Roybal LC, who previously worked for two years at a charter school, also commented. She said, “Privatization is a key issue because with privatization comes funneling away resources from our public schools. The issue is with the way that they market and tend to get the support of wealthy donors. They tend to mislead the public who thinks they are sending their child to a public school, a neighborhood school, just like any other LAUSD school down the street, but they don’t understand the competitive issue with the money that charters take out of the public schools.”

LAUSD refuses to make progress on key issues that will help sustain the district into the future. The Rally for Respect, which is part of the national uprising up of educators across the nation didn’t stop at 6 pm last Thursday, May 24..th

If the district and teachers don’t come to an agreement this August, there could be a strike in the fall.