Rescued From Cave, 12 Thai Boys Speak of Strange Visions, of Life After Death & the Underworld 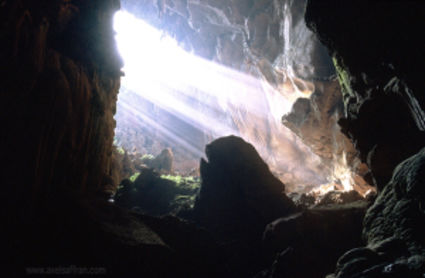 12 boys and a soccer coach are all out of the cave and safe after 17 days underground in Thailand. A dozen boys and their soccer coach are in isolation at a hospital in Thailand. Some have spoken to their medical care providers, of seeing an old bearded man in a white robe who told them not to be afraid, that life and death were the same, and that if they emerged from the underworld, they would one day return.

One boy said the man predicted the end of the world and a coming era of darkness. Other boys disagreed about the man in the white robes chilling words. The boys medical care provider cutoff their speaking to the press; but not before one boy said:

"I saw a man in a white robe who spoke to me, to us. And although his words were vague, the meaning was clear and unambiguous. We didn’t know what was on the other side, and they were sending us to find out. They were worried about us, they loved us and didn’t want any harm to befall us, but they were grateful that we were going to find out, that we had volunteered for this underground knowledge. Their voices seemed to belong to the earth itself somehow...."

"Now that we have seen what's on the other side, we no longer fear death," said a different boy. "Your soul, your consciousness goes with you into the next life."

Another boy said that he saw a family from 25,000 years ago in the cave, their faces lit by a fire they had built. Were they ghosts or spirits from long ago? he wondered.

The boys were not told of the death of Saman Gunan, 38, a former Thai Navy Seal, 4 days ago. Yet one boy said he had seen an actual spirit, a bright light that passed through the walls of the cave as if checking on the boys, on the same day as Gunan's death.

One doctor minimized the importance of the visions, attributing them to Apoxia, a lack of oxygen and its effects on the brain. "This sounds like a classic migraine," a British doctor said. "A migraine is thought to be a temporary reduction of oxygen going to the visual cortex at the back of the brain. The blood vessels then dilate to compensate and this can cause a headache. The flickering and the shapes are very common. The other thing to remember is that migraines can have many symptoms - they can cause tummy upsets, a fear of loud noise - the visual effects are just the most obvious." 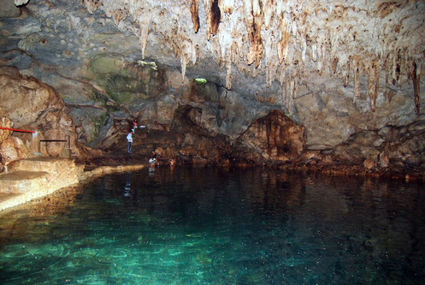 It should be noted that the boys are not Christians, and were probably raised as Buddhists in the remote part of Thailand near the border with Myanmar.