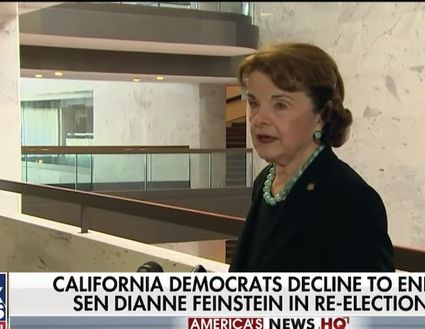 Alzheimer's disease (AD), also referred to simply as Alzheimer's, is a chronic neurodegenerative disease that usually starts slowly and worsens over time.

Dianne Feinstein is in the early stages of Alzheimers, a common degenerative brain disease that leads to cognitive issues such as forgetfulness and dementia. Backstage maneuvering means that the state's uber liberal Democratic party has endorsed State Senator Kevin De Leon rather than the 81 year old Feinstein. It is a stunning defeat for the five term Senator.

Knowing about her cognitive challenges, readers of the California Democratic Party on Saturday voted overwhelmingly to endorse Kevin de León for the US Senate over incumbent Sen. Dianne Feinstein.

De León garnered 65% of the vote among the party's executive board members, Feinstein received 7% of the vote, and 28% voted "no endorsement." Sixty percent of the vote was needed for the party to officially endorse a candidate. 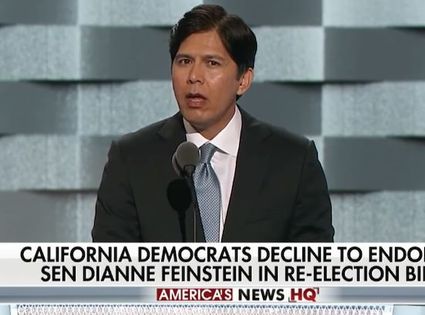 The most common early symptom of dementia is difficulty in remembering recent events (short-term memory loss).

Alzheimer's disease, also referred to simply as Alzheimer's, is a chronic neurodegenerative disease that usually starts slowly and worsens over time. It is the cause of 60–70% of cases of dementia. https://en.wikipedia.org/wiki/Alzheimer%27s_disease

The most common early symptom is difficulty in remembering recent events (short-term memory loss). As the disease advances, symptoms can include problems with language, disorientation (including easily getting lost), mood swings, loss of motivation, not managing self care, and behavioural issues.

As a person's condition declines, they often withdraw from family and society. Gradually, bodily functions are lost, ultimately leading to death. Although the speed of progression can vary, the typical life expectancy following diagnosis is three to nine years.