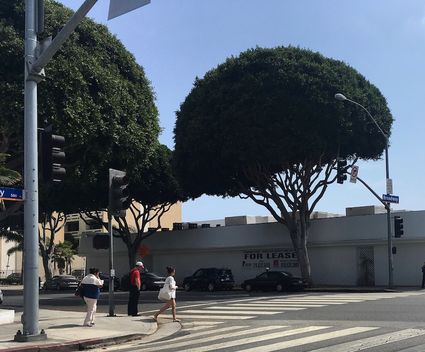 The City Council appointed Shawn Landres to the Planning Commission at its meeting on August 14th.

Landres is a Senior Fellow at the UCLA Luskin School of Public affairs. He previously served on on several boards and commissions, including the Innovation Technology Task Force, and the City's Social Services Commission. He is also the Chairman of the Los Angeles County Quality and Productivity Commission.

The 7 member planning commission hears applications by developers, making it the most powerful and important of the City's various appointed boards and commissions.

A developer will break ground this month on a mixed-use development at the former Fred Segal store in Santa Monica.

The project, located at 500 Broadway, will consist of a seven-story building containing 249 studio, one-, two-, and three-bedroom apartments atop nearly 55,000 square feet of ground-floor retail space and basement parking for over 200 vehicles on four basement levels.  You know, the usual mixed use thing, with a mix of $6,000 a month luxury apartments and unbelievably expensive restaurants that go broke quickly.

Koning Eizenberg Architecture is designing 500 Broadway, which will be divided into four distinct masses connected by pedestrian bridges.  Images show large courtyards and setbacks at the property's ground floor to provide space for outdoor dining.

Completion of 500 Broadway is anticipated in 2020.

The Developer Agreement between the City and the Witkoff Group says that the later will build a nearby "affordable" project called "The Arroyo."  That's the 64 unit apartment project now under construction near the intersection of Colorado Avenue and Lincoln Blvd. In the future, traffic it generates will help prevent local residents like you from getting to the 10 Freeway.

The Witkoff Group, which is headquartered out of New York, is also developing the EDITION Hotel and Residences on the Sunset Strip.