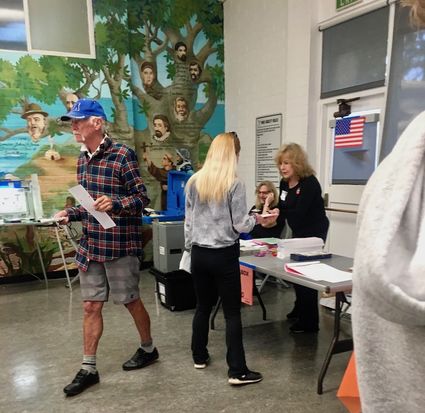 She is inclined to find that the City is in violation of the California Voter Rights Act, and the Equal Protection Clause of the California Constitution, in having Citywide representation rather than City Council districts. She ordered further briefing, and set another hearing for late November.

In an Open letter to the City Council, Armen Melkonians urged them not to appeal the decision. "Do not waste millions more of our Tax Payer money fighting the voter rights of the minorities in our City. You call yourselves "Progressives," yet you are on the same side as the Alt-Right in your stance on this case," Melkonians wrote.

Melkonians posted six months ago that he was not running for SM City Council because he thought the decision in the Pico Neighborhood case would mandate redistricting and in effect, invalidate the 2018 election results.

The Court has not issued a final order yet mandating a remedy, however, declining to issue that ruling until further briefing.

Attorneys say that Judges rarely reverse their tentative rulings. On the other hand, a case this important could (and almost certainly will) be appealed, so a final ruling could still be months away.

The Los Angeles Superior Court case number is BC616804