On Earth Day, Santa Monica Reminds Us it's Okay to Waste Taxpayer Money 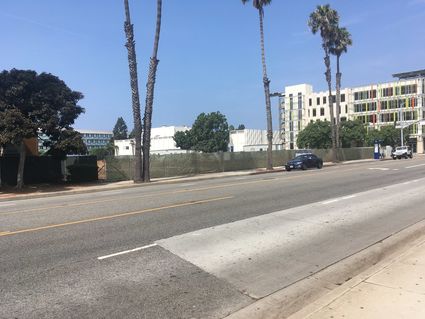 The Santa Monica city's blog page sought to remind us this Earth Day that our elected leaders are so good and saintly as to be constructing a "global environmental statement" in the form of a 50,200 square-foot annex to City Hall. The three-story building that will centralize all city workers is projected to open on Earth Day next year, in 2020. "City leadership has embraced the CSB [City Services Building] as an opportunity to make a global environmental statement."

The new building is currently under construction after the SM City Council voted in 2017 to float $76.7 million in bonds to pay for it. You read that right. This building is projected to cost $1,528/square foot. For someone who has spent time estimating costs of large construction projects, I am here to tell you that is one whopping huge gargantuan big number.

But don't worry, the city tells us. It's okay the building will cost 5 times as much as a normal building the same size. Because it's going to be so efficient. It's going to be so friggin' environmentally amazing. This building is not going to have a utility bill. Yup, you heard it here. It won't pull any electricity from the grid. Somehow - they don't tell us exactly how - the building will "harvest" its own energy. But that's not all. It's going to collect its own water, too. We're told it will be the first building in California permitted to capture and treat rainwater for drinking.

(Hey, wait. We thought the position of the State and City governments was that we are in a permanent state of drought. How is there going to be enough rain to support the 240 employees inside for an entire year? Oh, well: details.)

But that isn't even the best part. This building will not be connected to the sewer system. It will be the first city building in the entire country to use composting toilets. Be proud. We will have the first city government building that returns to 19th century sanitation.

The city and the building's designers hope to earn a Living Building Challenge designation, the most environmentally rigorous standard possible. What a feather in their cap that would be! Hang the expense. It would be worth it, marking a "paradigm shift from traditional buildings that consume huge resources to nontraditional buildings that produce resources and is beneficial (sic) to its urban surroundings."

The only thing is, dear city officials, money equals resources. When you spend far more money than you need to, you waste resources that could have been used for other matters.

Various City web pages explain that the large expense of the building is deceptive. It will actually save the taxpayers money, they tell us. Waving their hands, they assure us that the office space they are currently leasing - offices they will no longer need once the CSB is completed and those workers are brought into the centralized building - costs $2.5 million per year. That might not sound like very much compared to the $76.7 million for the new building, but these rents are projected to rise over the next 30 years until they reaches $10 million per year.

Really? The city is so short-sighted they haven't signed long-term leases? What, are they renting month-to-month?

If you aren't yet convinced that it was a good idea to spend so much money on a government building, they continue their argument. Remember, this building is going to save money on energy and water. No utility bills! That should save...well, "hundreds of millions of dollars over its lifespan." They are very careful not to be more specific than this. 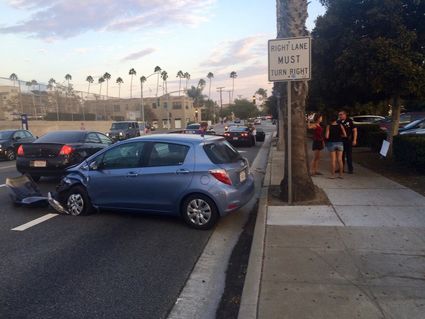 Car crash in front of the new City Hall annex.

Also, please note that the City's estimate for the lifespan of the building is 150 years. Forget the fact that there are precious few buildings in this country still in their original use after 150 years - at least not without costly upgrades. Let's look at the very true reality that anything you build - an office building, a cell phone, a coffemaker - is going to be obsolete and out-of-date in a matter of very, very little time. That time span is getting shorter every day. For all the City thinks they are constructing something state-of-the-art and so high-tech - do they think time is going to stop? Do they think that advances in energy savings technology, construction methods, and even sanitation methods are just going to stand still? This building will need updating in five years, let alone 150.

If the City wanted to save money on office space, they should have built a building that actually saves money. They are not. They are building a self-aggrandizing showpiece.

Considering those composting toilets, it's a showpiece of which you might want take care to stand upwind.

The pictures with the article are not the correct site. That is the site of the SMC Early Childhood Development center. THe City Hall Annex is located behind the current city hall.