P-47 weighed in at exactly 150 pounds at his most recent capture, tied for the largest among all the mountain lions in the history of the NPS study 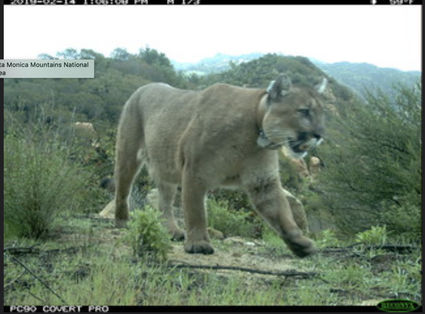 THOUSAND OAKS, Calif. -- The mountain lion known as P-47 was recently found dead in the Santa Monica Mountains, and lab results indicate he may have succumbed to poisoning from anticoagulant rodenticide, commonly known as rat poison.

P-47's remains were discovered on March 21 after his GPS collar sent out a mortality signal and NPS biologists hiked in to find him in the central portion of the mountain range. He did not have any visible wounds. Testing on a sample of his liver showed that the three-year-old male had been exposed to six different anticoagulant compounds, and a necropsy conducted by the California Animal Health and Food Safety Lab found internal hemorrhaging in his head and lungs.

"It's unfortunate to see an otherwise healthy mountain lion lost from what appears to be human causes," said Seth Riley, wildlife ecologist for Santa Monica Mountains National Recreation Area. "In P-47's case, it's also a big loss because we don't believe he had yet mated and passed along his genes, which would have been valuable since he had ancestry from north of the Santa Monicas."

P-47 was one of only two known offspring of P-45, the mountain lion who gained national attention in 2016 when he killed numerous alpacas in one weekend and one of the livestock owners took out a depredation permit to kill him (she later rescinded it). DNA results indicated that P-45 came from north of the 101 Freeway, so he increased the genetic diversity of the isolated population south of the freeway when he fathered P-47 and his sister, P-46. P-45 is now believed dead.

Like his father, P-47 weighed in at exactly 150 pounds at his most recent capture, tied for the largest among all the mountain lions in the history of the NPS study.

National Park Service researchers have documented the presence of anticoagulant rodenticide compounds in 21 out of 22 local mountain lions that they have tested, including in a three-month-old kitten. Recent testing of P-64, who died a few weeks after the Woolsey Fire, also found six different anticoagulant compounds in his liver.

The mix of first-generation and second-generation anticoagulant compounds found in both P-47 and P-64's systems were brodifacoum, bromadiolone, chlorophacinone, difethialone, diphacinone, and difenacoum. 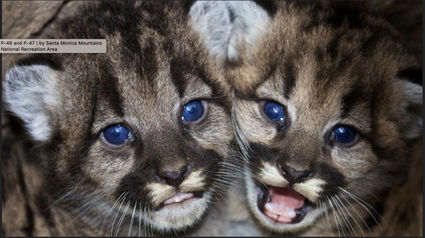