Article 34: California Voters to Decide Against their Right to Decide 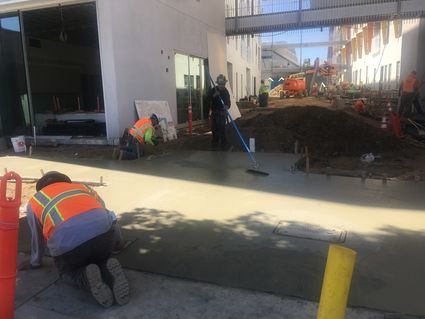 Workers at the City's affordable housing site that replaced an auto mall in the 1600 block of Lincoln Blvd. No one got to vote on this project, because "Community Corps" found a way around it.

Article 34 was passed in 1950 as Proposition 10. The legislation requires a local ballot referendum to approve any affordable housing project that is primarily funded with public money. As reported in the left-leaning Bay City Beacon, the constitutional amendment was put forward by a group of real estate groups and homeowners in Oakland who did not want to see 3,000 public housing units built throughout their city.

Article 34 requires local governments to acquire a public majority to favor their construction of "affordable" housing. If Article 34 is repealed, the burden will fall on the residents who do not want to see the public housing coming to their neighborhoods. They will have to gather signatures on a petition in order to force a vote on a proposed project.

If Senator Allen's proposal ends up on the 2020 ballot, it will be the fourth attempt to repeal Article 34 since 1974. By that time, the state constitutional amendment had already survived a U.S. Supreme Court challenge in 1971. Then, as now, certain groups asserted that the article was racially discriminatory, perhaps because it was presumed the residents of the proposed public housing would be of minority races. However, the U.S. Supreme Court ruled in James v. Valtierra that the legislation did not violate the Equal Protection Clause of the U.S. Constitution. They noted that "a lawmaking procedure that 'disadvantages' a particular group does not always deny equal protection."

In support of the idea of stripping communities of their right to decide on public housing in their midst, Senator Allen noted that "California has an estimated 22 affordable and available rental homes for every one hundred extremely low-income households." It is unclear if Senator Allen's statistics of extremely low-income households include the drug-addicted and mentally ill vagrants who would be unable to afford housing at any price and would make terrible neighbors for anyone.

Clearly, many of SCA-1's supporters do indeed include this population in their vision of who would benefit from the "yes, in your backyard" legislation. Eric Garcetti, mayor of Los Angeles, said, "Article 34 inflicts unnecessary and costly burdens on cities, delaying the construction of housing in the communities that need it most." The homeless population in the Greater Los Angeles area rose 12 percent last year, despite the collection of $355 million annually from voter-approved Measure H to tackle "homelessness."

Needless to say, almost none of those who are currently homeless because of their mental health and substance abuse problems are going to be helped by the construction of public housing. They need psychiatric hospital beds.

Some groups in support of SCA-1 claim that it is past time to get rid of what they call racially-motivated Article 34. Anya Lawler, chief lobbyist for the Western Center for Law and Poverty said, "Having an article in the constitution that openly allows voters to discriminate is unacceptable." In a similar vein, Amie Fishman, Executive Director of the Non-Profit Housing Association of Northern California, said, "Article 34 was a wrong, unjust law put in place decades ago to discriminate against people of color and lower income people."

However, there is nothing in Article 34 that directly - or even indirectly - promotes discrimination on the basis of color. It is about local control of the payment, construction, and location of public housing. Why should not those who are going to pay for and have to live with the permanent placement of housing have a say about it? 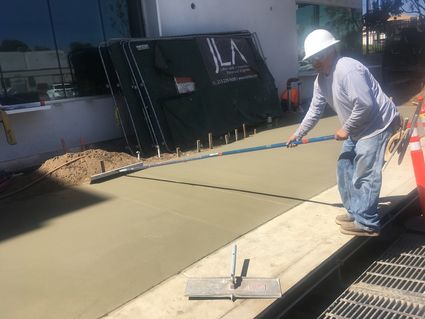 A worker employed at the City's affordable housing site that replaced an auto mall in the 1600 block of Lincoln Blvd. No one got to vote on this project, because "Community Corps" found a way around it.

It is unclear how much say residents currently have regarding "affordable" housing projects. This year, the City of Santa Monica's Housing Division approved loans for hundreds of affordable units, many of them located in a single block across from Woodlawn Cemetery. No decision regarding loans or construction was put to the voters on this or any other affordable housing project that has gone up in Santa Monica.

Public housing is notorious for creating bad neighborhoods. It's not about the race of the people living there. It's about a lack of ownership in the property. If it's not your property, you won't take care of it. Period.

Who wants that sort of person living next door to them?

Protecting your backyard is not a crime. It's what a responsible family head and citizen does.

Excellent article. How DARE people be able to have a say in how their tax money is spent or how their neighborhoods will be affected by public projects?! There is nothing altruistic about the scheme to kill article 34. It's about clearing out the last political roadblock so the city can put new construction (and density) on the fast track so big construction contracts can be awarded and more tax dollars can keep rolling in. They don't care whatsoever about low-income or homeless people. This is about being able to build what they want, when they want, without resistance. As usual, it's about MONEY. Years before I moved to Santa Monica, I worked at the San Fernando Valley Mental Health Center in Van Nuys, a drop in day-hab center for the homeless to get meds, counseling, showers, etc. I can tell you without reservation that 99% of homeless people are homeless because they are mentally ill. They could not care for a home of any kind. They need supervision in institutions.