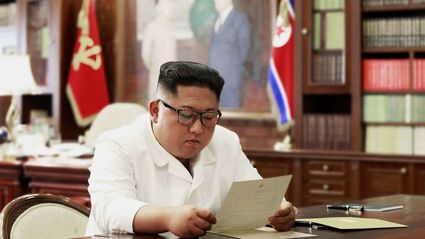 What was said in the letter was not revealed, however Kim said after reading it that it was "of excellent content," according to KCNA.

"Appreciating the political judging faculty and extraordinary courage of President Trump, Kim Jong Un said that he would seriously contemplate the interesting content," the report added.

Negotiations regarding North Korea's nuclear weapons have stalled and tensions between the two countries have been rising since February's summit between Kim and Trump in Hanoi ended without result.

Washington wants Pyongyang to give up its nuclear weapons while North Korea is seeking the lifting of international sanctions that have stifled its economy. 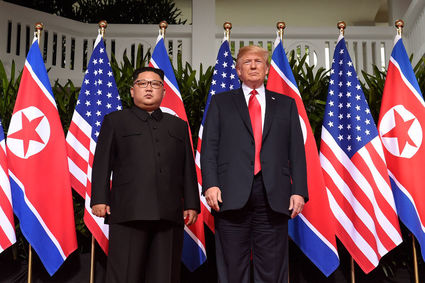 "Appreciating the political judging faculty and extraordinary courage of President Trump, Kim Jong Un said that he would seriously contemplate the interesting content," the agency said, without elaborating.

South Korea's presidential office said it sees the exchange of letters between Kim and Trump as a positive development for keeping the momentum for dialogue alive.

Trump's letter also came days after Kim's summit with visiting Chinese President Xi Jinping, which experts say underscored China's emergence as a major player in the diplomatic push to resolve the nuclear standoff with the North.

Xi is expected to meet with Trump next week in Japan during the G-20 summit. Analysts say he could pass him a message from Kim about the nuclear negotiations.