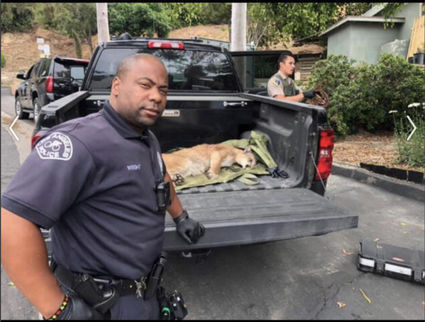 Trailer Park residents called LAPD Officer Rusty Redican and his partner Earl Wright Monday, after sighting a mountain lion in The Tahitian Terrace mobile park. Officer Redican located the mountain lion. Officers from the California Department of Fish and Game "later sedated the big kitty and transported her back to the wild," according to neighbors posting on Nextdoor.com. 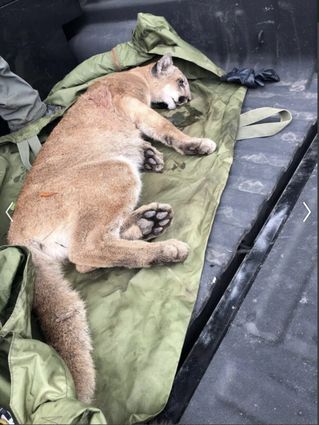 As human beings have moved further and further into the forest, sightings of mountain lions, also called cougars, have become more frequent. 4 years ago, a mountain lion wandered into downtown Santa Monica, where he was shot and killed by sheriff's deputies. But this time it was different.

Mobile homes sell for about half a million dollars and up in Tahitian Terrace, just above Temescal Canyon Blvd on PCH.

"Tahitian Terrace, Palisades Bowl and Malibu Village are perched on Pacific Coast Highway directly across from Will Roger's beach. Located on a scenic bluff overlooking the Pacific, mobile home park residents enjoy some of the best beaches and white water ocean views Pacific Palisades has to offer. Residents have direct access to the beach below," says Michellebolotin.com, a real estate website.