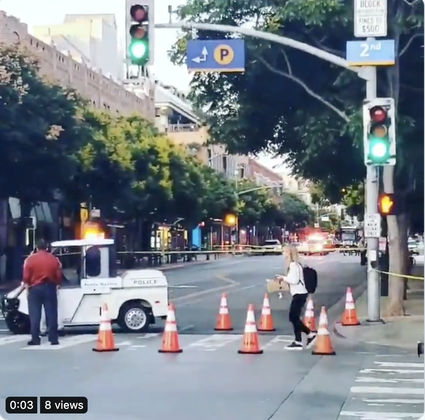 9/16/2019: Santa Monica Police evacuated the Third Street Promenade Monday night, after a witness said that an indigent person had left a pressure cooker in or near a trash can.

At 6:50 pm PST @santamonicapd tweeted: "Out of an abundance of caution the area is being evacuated. Please reach out to your family in the area and ask that they follow all law enforcement instructions."

Seven hours previously, the Los Angeles police department investigated a suspicious package discovered at union station in downtown Los Angeles. This turned out to be a motor scooter battery. 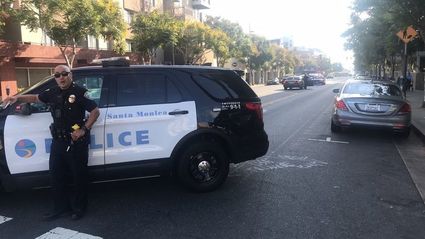 At 5:28 pm, a witness called 911 to report that a transient placed a pressure cooker into a trashcan. This touched off the alert.

During the Boston Marathon on April 15, 2013, two homemade pressure cooker bombs detonated near the finish line of the race, killing three people and injuring several hundred others, including 16 who lost limbs.

At about 8:30, the SMPD tweeted that they had “determined that the pressure cooker is not a threat to the public, and that “the Promenade will be reopened to the public at 10 pm Monday night.

"Officer have determined there is no threat to the public from the item placed in the trash container near the 1400 block of the #3rdStreetPromenade. We anticipate the area will reopen in before 10pm. We appreciate your patience & cooperation."