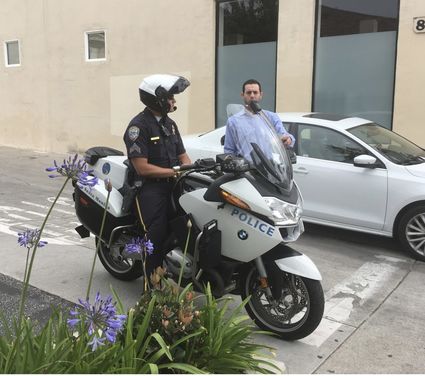 A Santa Monica Police officer working traffic, waits for someone to roll through a stop sign.

In the November 2020 election, Californians will have a chance to give an up or down to vote on legislation that ends cash bail.

Back in August of 2018, Jerry Brown signed SB 10, "The Money Bail Reform Act," a law that eliminated cash bail.

SB 10 was set to take effect in October, 2019, but sufficient signatures were gathered to support putting a measure on the ballot that would overturn the new law, the Referendum to Overturn a 2018 Law That Replaced Money Bail System with a System Based on Public Safety Risk. Until this referendum can be voted on next November, the original SB 10 law has been stayed by the Judicial Council of California.

That means cash bail remains in effect at least until November, 2020.

The law eliminating cash bail was originally proposed in reaction a California appellate court ruling the state's cash bail system was unconstitutional. Advocates for the legislation pointed to the lack of justice in allowing wealthy people to get out of jail while poor people had to stay in for lack of bail funds.

However, the American Civil Liberties Union of California and another advocacy group, Silicon Valley De-Bug, both pulled support for SB 10. The ACLU claimed the law, as written, gave too much discretion to judges in determining who could walk free from jail and who might remain in custody for public safety. The three California ACLU branches issued a joint statement decrying the racial discrimination they somehow read into the law.

SB 10 allows each jurisdiction to create methodologies to determine who to release and who to keep in jail. Such methodologies would take into account the likelihood the defendant will show up for their court date, the seriousness of the crime, and the potential for recidivism. For a nonviolent misdemeanor (which includes practically every theft in California under Proposition 47), the defendant would simply walk free.

Under SB 10, the state, once again, made law-abiding shop owners and residents open targets for thieves. Not only won't they see prison, they also won't see the inside of a jail. For criminals, good times! 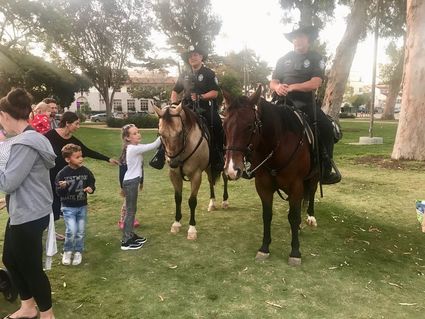 We are uncertain how SB 10 discriminates against any particular race. Perhaps judges are assumed to have unconscious racial bias and therefore the discretion they use to determine who must stay in jail would create a racist system of justice.

Needless to say, California's bail industry, valued at roughly $3 billion, vigorously opposed SB 10. They spent over $3 million to get the Referendum to Overturn on the November ballot.

While the motives of the bail bondsmen is purely selfish, they are helping maintain safety in our communities while judges can, and still do, set money bail to keep criminal offenders in jail and off the street. Assuredly, law enforcement uses the money bail system to squeeze plea bargains out of innocent arrestees who don't want to spend time in jail. But the solution is not to let all "misdemeanor" offenders out to steal their $950 worth of goods all over again.